You are here: Home / Breeds / The Adorable Maltese Shih Tzu (AKA MalShi) Is About To Win You Over

Who can resist that face? With an expression like that, it’s easy to understand why the Maltese Shih Tzu is growing in popularity.

It’s one of the only designer dogs that hasn’t reached its demand peak yet, so now’s your time to stand out in a crowd.

Commonly referred to as the Malshi or Shih Tzu Maltese, this breed packs a strong punch when it comes to personality and first impressions with everyone it meets.

I put this article together because the Maltese Shih Tzu is guaranteed to make you smile. One look at this cutie and it will turn your bad day upside down.

This dog is happiness wrapped in a fur coat, so why not discover how you can bring one home? 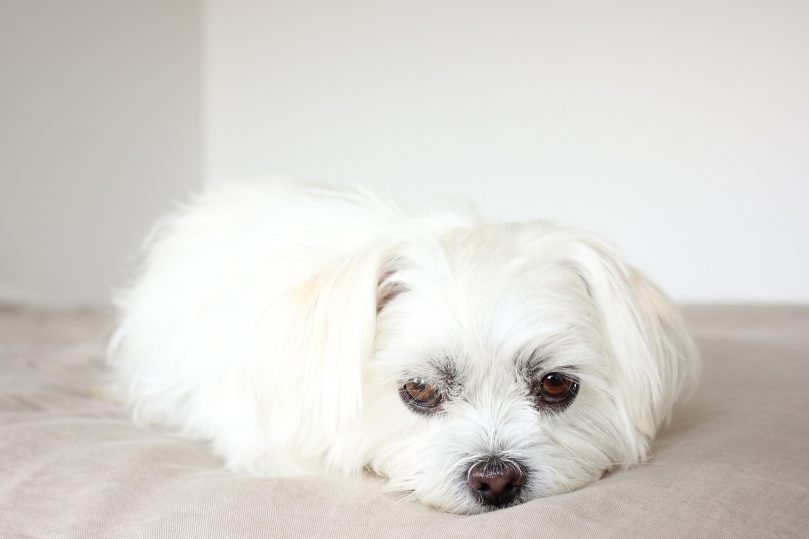 Where Did The Maltese Shih Tzu Come From?

Imagine all the cutest animals in the world getting together and having a baby. That’s how the Malshi was born.

Just kidding, but it did come from two adorable dog breeds: the Maltese and the Shih Tzu.

This designer dog was developed in the 1990s to truly be the best of both worlds. The Maltese are affectionate, fearless, playful, and docile.

Its other parent, the Shih Tzu, is clever, spunky, and friendly.

When mixed, the Maltese Shih Tzu makes for a great companion with a slightly dull and uninteresting name, excluding the nicknames society gave it later on.

Unlike other designer dogs, such as the Goldendoodle, this breed’s name was not used as a promotional item, which could explain why it’s not a popular choice in American homes.

The Maltese Shih Tzu is most popular down under in Australia and is slowly making its way across international waters.

The Malshi is still considered a relatively new dog breed and has not had the chance to undergo third and fourth generational breeding. 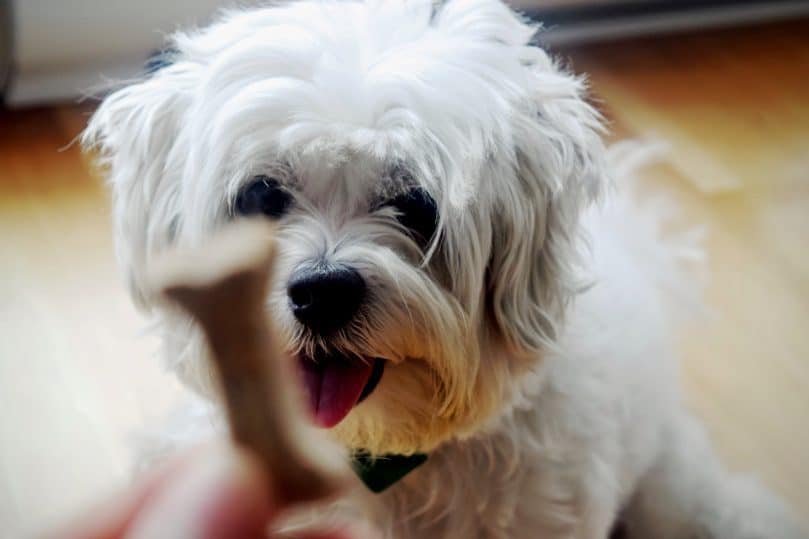 I mentioned earlier that both the Maltese and Shih Tzu are affectionate and chummy dogs, so of course, their offspring will be, too!

When it comes to this mix, you’ve just made a new best friend for life.

This dog literally loves everyone. You, the neighbor down the street, the mailman, the dog that keeps sniffing its butt, the baby, I could go on and on.

The friendliness of a Maltese Shih Tzu is a breath of fresh air, considering it’s typically the bigger dogs, like the Boxer and Pitbull Terrier, that are more social.

It’s ironic that many of the small breeds are not the friendliest. Just because they’re toy-sized, cute, and fluffy, doesn’t mean they love people and other pets.

There’s nothing worse than a Chihuahua or Yorkshire Terrier yapping its head off at 3 am on a workday.

Thankfully, you won’t have to deal with that noise from a Maltese Shih Tzu as they’re generally on the quieter side.

This mix won’t mind living at home with a crying infant, but, because of its small size, it’s better to leave it around older children with more responsibility and knowledge of how a dog should be handled.

If you bring a Maltese Shih Tzu to the dark park, it will likely play with everyone and gain you serious popularity points for being so charming. 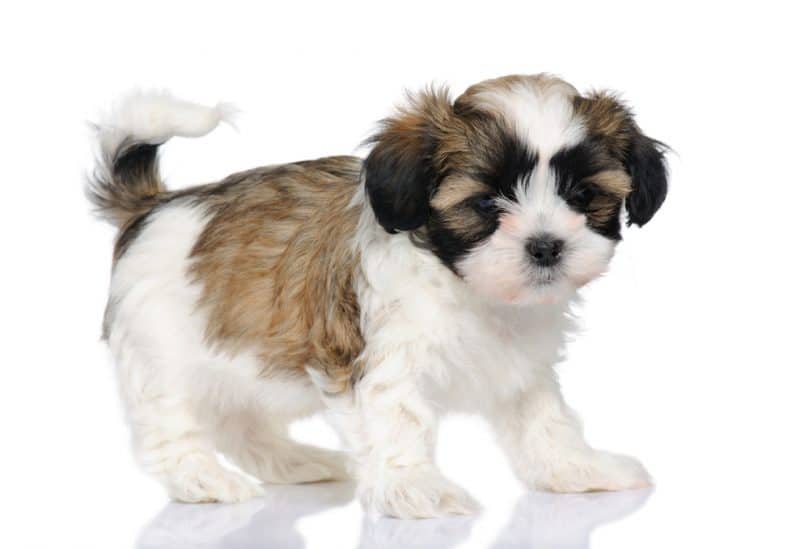 Surprise, surprise, this dog has a bit of a sassy attitude. The Shih Tzu Maltese Mix does nip from time to time — but it’s not an act of aggression.

Instead, your pup might be trying to tell you something important. Nipping or growling may indicate your dog has a health issue and feels vulnerable or uncomfortable.

Or, it could be an act of superiority. In this case, you’ll have to show the Malshi who’s boss around the house. The best way to enforce your dominance is with food. Make your dog sit or lay down before every meal.

Lastly, nipping could be your dog’s way of playing. The problem is, you may know he or she is messing around, but a stranger could take it the wrong way.

Consider training the nipping out of your pup as soon as possible by giving it time out as punishment.

Caring For A Maltese Shih Tzu

Just because this dog is small, doesn’t mean you can ignore or dismiss its routine care. It’s a common misconception that mini breeds require less care and grooming than bigger ones, like a Great Dane, for example.

The Maltese Shih Tzu is low-maintenance overall, but it still requires upkeep to be as healthy and happy as possible.

Taking Care Of Its Coat And Facial Features

Let’s talk about grooming. First off, all dogs, no matter what size or shape, need their eyes, ears, and teeth checked at least twice a year. That’s pretty standard across all breeds.

For your Malshi in particular, brush his teeth 2-3 times a week and check his ears for redness, infections, or bad odor. 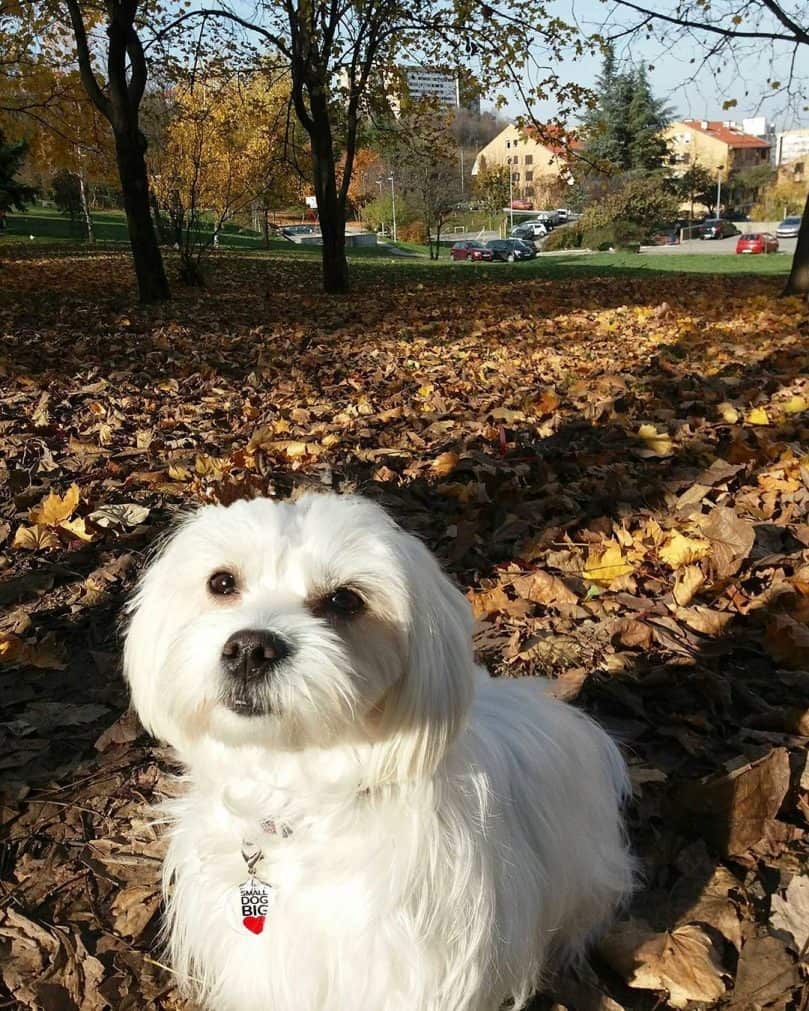 Trim your dog’s nails twice a month and give it baths on a regular basis.

The Maltese Shih Tzu is a low-shedding dog, but its coat requires lots of attention to stay pretty, detangled, and wavy. This breed’s coat should never be curly or, otherwise, it will be hell to brush through. No one has time for that.

A Malshi’s coat can come in many different colors, and it’s usually two-toned with black, white, tan, or brown.

A common issue with this breed stems from its teardrop stains. Over time, your dog can develop eye boogers or infection if this area is not cleaned properly.

Here’s how to do it: mix 10 percent hydrogen peroxide with water or a stain-removal product (not the kind you use on your rug) for dogs in a small bowl.

Next, clean the dog’s teardrop stain the same way you would your ears. Rub or tap the area gently with the solution and make sure not to get a lot of product in its eyes.

To learn more about grooming this delightful little creature, watch the video below!

The Maltese Shih Tzu is not prone to obesity, so you can relax a little bit when it comes to feeding.

Still, all healthy dogs benefit from the same amount of food each try. Many owners use measuring cups to get the exact amount.

Because of its size, this breed doesn’t need a lot of food. ¼ or ½ cup every day is enough. Divide that into two servings for breakfast and dinner.

Also, I know it’s tempting to purchase cheaper food at Petsmart or Petco, but if you like eating luxurious things like steak and caviar, your dog does, too.

If it’s within your budget, treat your Malshi to upscale food!

This breed loves its owners very much and is willing to please. Lucky you!

Any time your Maltese Shih Tzu can bond with you, it’s happy, even when following orders are involved. This dog’s intelligence makes it easy to train.

It might serve you well to practice crate training, too. That way your Malshi won’t get into any trouble or mischief when you’re out of the house.

If the Shih Tzu Maltese looks like a spaz, that’s because it is. This dog loves to run around anywhere it can. Inside, outside, on wood, on the carpet, it doesn’t matter.

But if you really want to make your pup happy, give it a fenced backyard. Fresh air does a body and mind good.

Hopefully, you’re the type of person who loves waking up and going for a job every morning. Because that’s the kind of owner who would do well with a Maltese Shih Tzu.

The one type of exercise your Malshi will not enjoy; however, is swimming. Neither the Shih Tzu or Maltese can swim, so don’t throw your mix into the pool on a hot day.

One of the best things about this breed is they’re adaptable. A Shih Tzu Maltese can fit inside any home, apartment, backpack, or even a large purse.

If you live in an apartment building with neighbors on every side, don’t panic. The Maltese Shih Tzu is much quieter than its small dog brothers and sisters.

With this dog, the bottom line is that it just wants to love you, and it’s going to be sad when you’re away. The Malshi craves attention, love, companionship, and human contact.

This breed’s ideal situation would be for you to work from home all the time.

If that’s the case, then hooray!

But if you work long shifts, sometimes a double shift, your pup will feel lonely.

I brought up crate training earlier because the Malshi is so small that it can get into all types of holes and corners, so don’t leave valuable stuff or unattended food lying around.

The Maltese Shih Tzu has a curious personality.

Another positive thing to mention is this breed is hypoallergenic, which makes it an ideal companion for owners with allergies or sensitive noses. 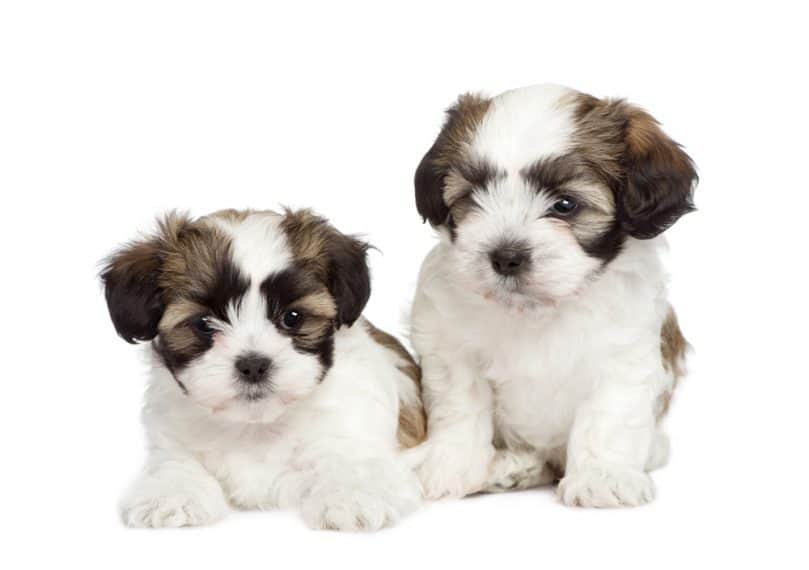 Finally — a designer dog that isn’t crazy expensive! The average price of a Shih Tzu and Maltese puppy is between $500 – $700. Adults will be slightly cheaper.

It’s a shame that many shoppers don’t know what they’re getting themselves into before buy a specific breed.

That’s why there are many Malshis available at pounds, rescue centers, and human societies. You may want to consider fostering this breed before becoming its permanent owner.

One of the best sites to visit for adoptable Maltese Shih Tzus is Shih Tzu Furbabies.

A Healthy Maltese Shih Tzu Is A Happy One

You’ve probably heard that small dogs live longer. Generally, that’s true, but only if you take proper care of them.

The average lifespan of a healthy Malshi is 12 – 14 years.

If you’re ever worried about over or underfeeding your Shih Tzu Maltese, they’re small enough to pick up and put on a scale. Such a simple solution.

The average height of a full-grown Malshi is 10 inches (25 cm) at the shoulders. Because both parent breeds are small, it’s a guarantee that your dog will be too.

What determines a breed’s health conditions often relies on whether they’re first-generational or multi-generational.

That’s just a fancy way of saying how many times this dog has been bred over.

For example, when you cross a Maltese and a Shih Tzu, you get a first-generational mix of the two with an even 50% ratio on both sides.

Multi-generational dogs are unpredictable because there’s no specific ratio. It could be 5% Shih Tzu and 95% Maltese. Does that make sense?

Anyway, back to the point, Maltese Shih Tzus are considered a healthy breed.

Both its parents are prone to Patellar Luxation, which causes issues in the kneecap. This condition is very common amongst small and Toy dogs.

With that, there’s a chance your mix will suffer from one or both during its lifetime. 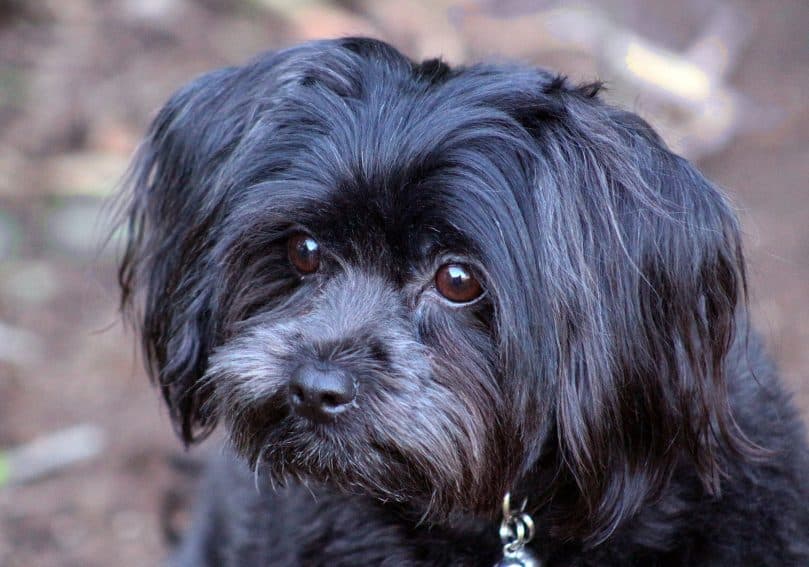 Is The Maltese Shih Tzu Your Dream Dog?

OK, time to wrap this up. The Shih Tzu Maltese Mix could very easily become your new best friend if you love to exercise, spend a lot of time at home, and enjoy socializing.

A Malshi will want to meet all your friends. It may even want to greet a robber, so don’t choose this breed if you’re looking for a guard dog.

Overall, merely the look of a Maltese Shih Tzu will give you positive vibes. Did the Malshi win your heart over? Comment below!