The Miniature English Bulldog: Here’s Everything You Want To Know 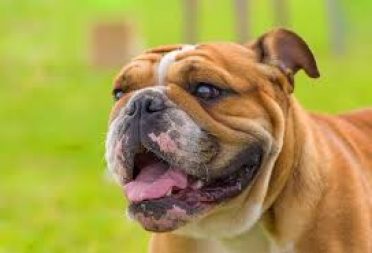 The Mini Bulldog is a cross of a purebred English Bulldog and a purebred Pug, also known as Miniature Bulldog or Toy Bulldog. As the name suggests, it’s a small dog at about 10 to 14 inches tall, weighing between 25 to 40 pounds. The lifespan of this crossbreed is around 10 to 12 years.

I know you’re fantasizing about teaching your dog how to ride a skateboard, so read on to learn more about this breed! 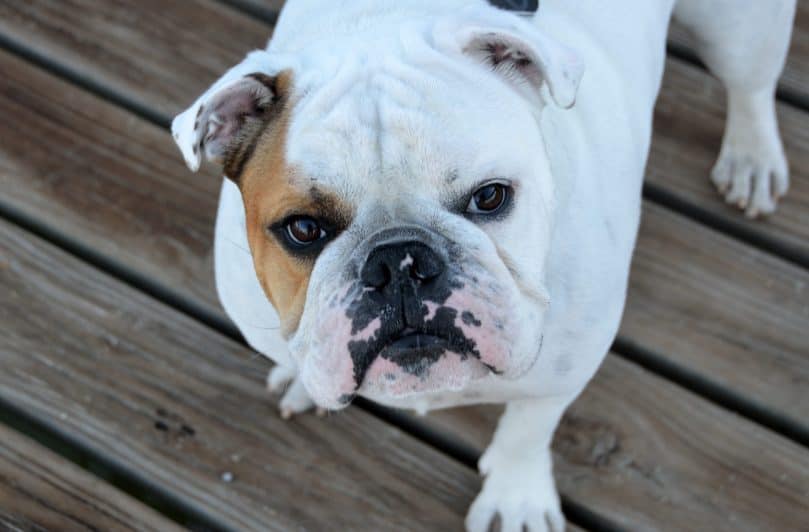 I bet you’re imagining a Chihuahua-sized Bulldog right about now, a dog that you can carry in your purse at all times.

As mentioned above a full-grown Mini English Bulldog still weighs between 25 – 40 pounds (11 – 18 kg). Carrying them around all day would be a serious workout.

This breed looks like your standard English Bulldog, with a deep chest, rounded ribs, broad shoulders, and short snout. The only notable physical difference is size.

A Toy Bulldog’s coat can come in fawn, white, brindle, or spotted with two or more colors. 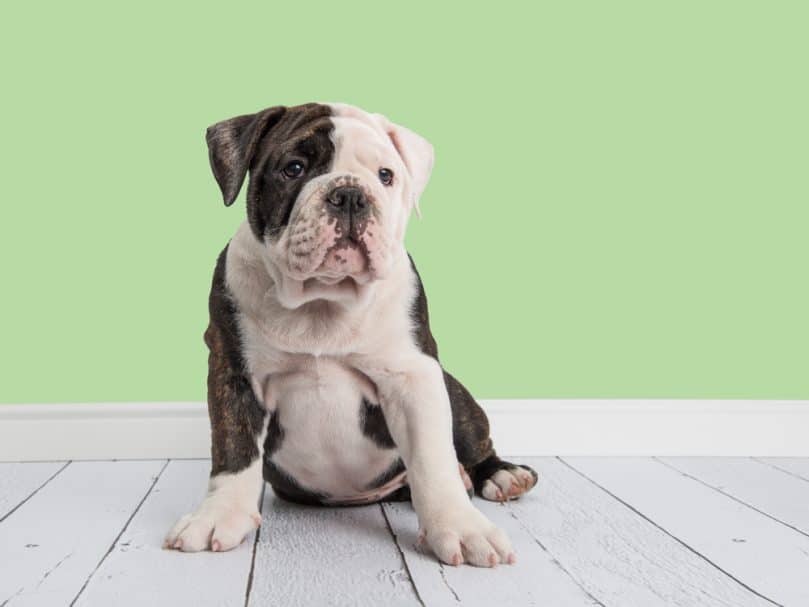 How Did They Make The English Bulldog So Small?

With today’s advanced science, you can combine almost any dog genes. It’s impressive but highly controversial.

Back in the 1980s, breeders crossed a Pug and an English Bulldog to create this designer dog mix.

They wanted to design (literally) a healthier English Bulldog…but were they successful? I can tell you right now from my experience that this parent breed comes with a lot of health issues.

More details on that later.

Both the Pug and English Bulldog have ancient histories with royal families. Pugs were favored by the Chinese, specifically the Shang dynasty, who ruled from 1600 to 1046 BC.

English Bulldogs were praised by… the English! What a surprise! Queen Victoria and King William III each had their own pack.

Welcome To The Bulldog Family 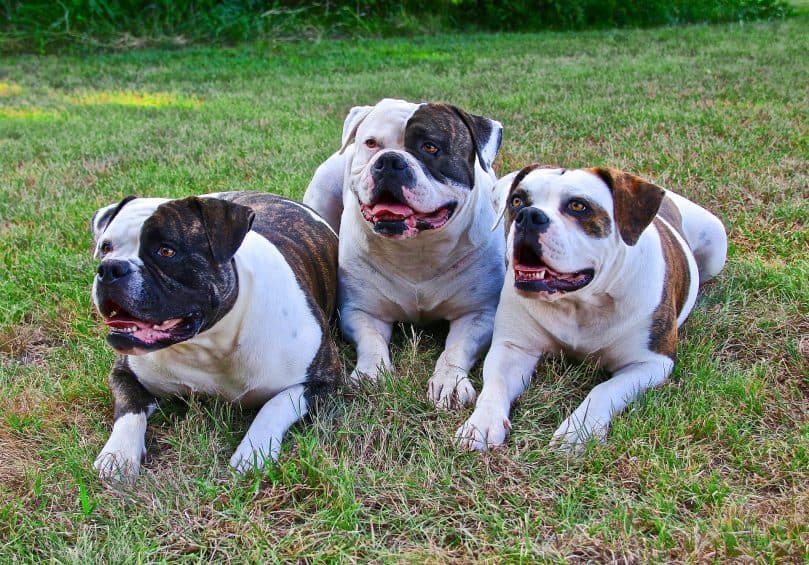 A common mistake people make when shopping for a Bulldog is confusing an American one for an English one — or even a French one!

Most people presume that the Toy Bulldog has some American genes in it, but that’s not true. Only the English Bulldog can be “mini.”

The American Bulldog resembles the Pitbull Terrier in many ways. They’re active and agile, unlike the Mini English Bulldog who would rather sleep all day.

Out of all the Bulldog breeds, the American is the largest at a maximum of 130 pounds (59 kg) and a height of 28 inches (71 cm). The smallest Bulldog is the Frenchie.

The one thing all Bulldogs have in common is their friendliness and need for positive attention. (Even Bulldog mixes like the Beabull and the Valley Bulldog are huge sweethearts, especially with kids.) 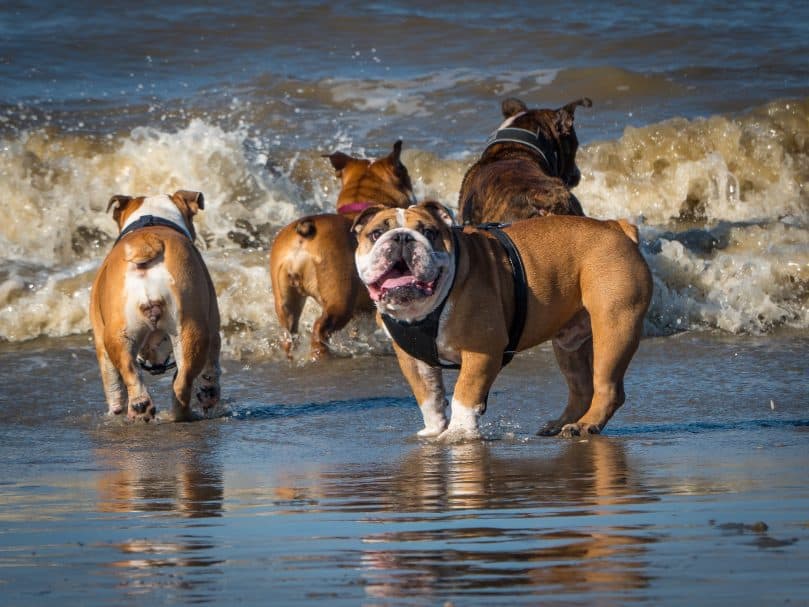 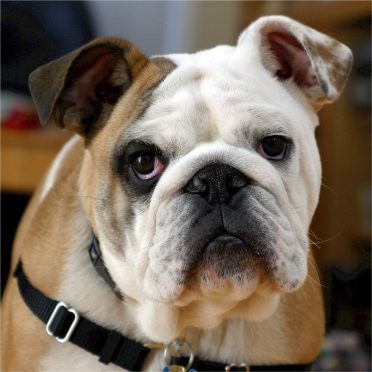 Let’s be honest, the Miniature English Bulldog is not the most practical dog.

The Teacup Bulldog was primarily bred to be an excellent companion. It will sit with you on the couch all day long as you’re binge-watching TV and eating Cheetos.

As I mentioned briefly before, the Pug and the English Bulldog are both prone to many health issues thanks to their snout and wrinkles.

The most obvious issue for Pugs and English Bulldogs is respiratory. That’s why they’re always panting and snoring.

English Bulldogs are prone to overheating (so keep your dog indoors in the summer), cherry eye (eyelid issue), hip dysplasia, and joint injuries.

With that, we can deduce that a Toy Bulldog could experience one or all of those concerns. Be prepared to spend a lot of money on vet visits, especially in their old age.

The good news is that a healthy Mini Bulldog can live up to 12 years! That’s a long time for a dog with breathing problems. 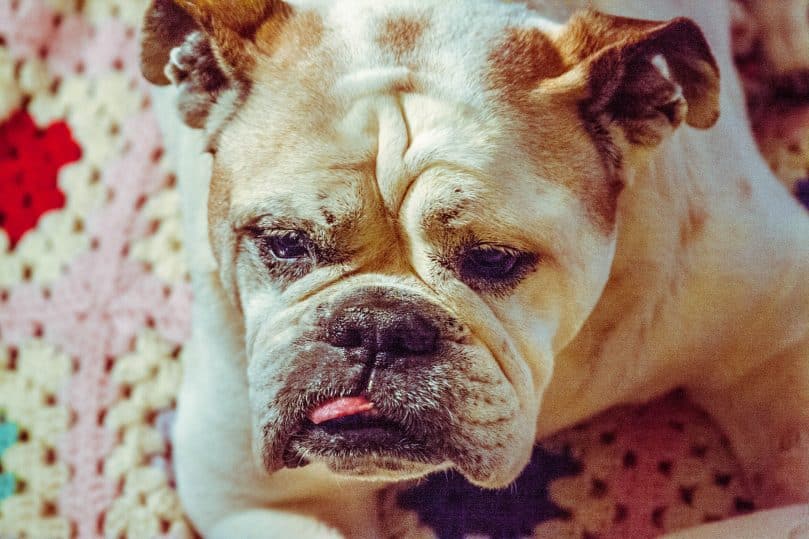 Living With A Teacup Bulldog

You will never be lonely with this breed by your side. The temperament of an English Bulldog is docile, friendly, and willful.

The personality of a Pug is also docile, clever, charming, and social. They do carry a stubborn side, too.

Combining these traits makes for a very outgoing and sweet Mini English Bulldog. They are dog-friendly, cat-friendly (because they’re too lazy to chase anything), and kid-friendly.

Overall, the Toy Bulldog is a great family pet.

When it comes to noise, the Bull-Pug has two levels. They hardly ever bark…but they snore like crazy! Consider sleeping with your dog in the other room.

This breed sheds moderately and is not hypoallergenic. Not the best choice for people with allergies or who don’t like sweeping.

The Mini Bulldog can adapt to any size home, from a small apartment to an echoing mansion.

Because the Mini English Bulldog sheds on a regular basis, you’ll need to give it weekly brushings to get rid of excess fur.

The face and body wrinkles on this dog’s body make it more susceptible to skin allergies and infections so you’ll need to do routine checks.

Not the most low-maintenance breed.

You can tell just by looking at the Toy Bulldog that it wasn’t made for speed or endurance.

It would much rather sleep all day than run. In fact, you’ll only need to spend 30 minutes each day taking this dog outside to do its business.

Puppies are more active than adults, but Teacup Bulldogs of all ages are happy with a short walk twice a day.

As adults, Mini English Bulldogs should not be overfed as they’re prone to obesity. And the lack of exercise only makes things worse. 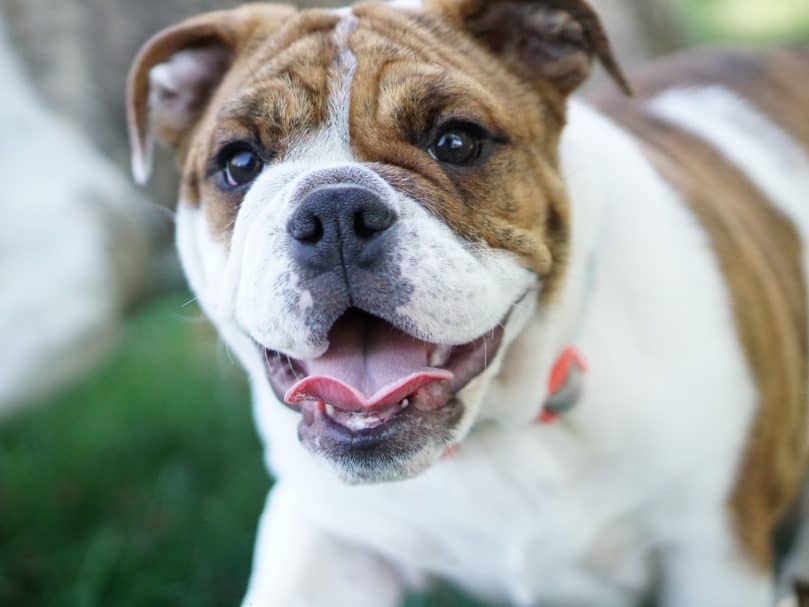 Look Out For Wet Carpet Stains

Some dogs are simply easier to house train than others.

Pugs are included in the list of top-10 hardest breeds to house train, so you may have some wet carpet stains around your home for a while.

It’s this parent breed’s stubborn personality that makes it harder to train overall. The sit, stay, and roll over commands will take some time with the Toy Bulldog.

Most dogs learn best when there are treats and positive reinforcement involved. If your Toy Bulldog is not trained properly, it could try to be the alpha.

Where to Buy Miniature English Bulldogs

The Teacup Bulldog is a complex breed with lots of pros and cons. With its fragile health conditions, this dog cannot be left alone for hours on end.

It needs a responsible owner with enough money to take care of any health issues right away. Otherwise, it may suffer.

Speaking of spending habits, be prepared to fork over a whopping $4,500 for a Mini Bulldog from a highly credible breeder.

These breeders typically focus all their time and energy on raising healthy dogs, so it may be worth it in the long-run. It could save you future vet visits.

For Miniature English Bulldog breeders, check out these websites:

That being said, you can find cheaper options out there. The average cost is around $1,000 for Mini Bulldogs from adoption centers instead of high-class breeders.

For Teacup Bulldog adoptions, your best chances are at popular sites like Adopt-A-Pet, No Borders Bulldog Rescue, and Bulldog Rescue Network. 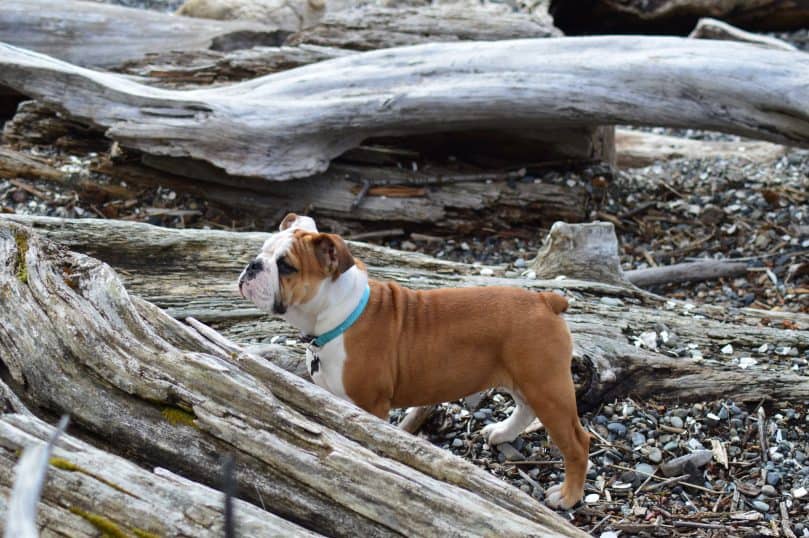 Is The Mini English Bulldog Right For You?

The Mini Bulldog isn’t for everyone. It has very specific needs that require a specific owner.

It’s friendly and affectionate personality can win anybody over in a heartbeat, but when times get tough, are you going to be able to fight through it financially?

If you prefer a laid-back lifestyle and have the means to cater to this dog’s weaknesses, then go for it!

This breed also does great in family homes.

But if you’re looking for a jogging buddy or a guard dog, move along. This is not the pup for you.

Do you have what it takes to care for a Mini English Bulldog? Comment below!

1 reply on “The Miniature English Bulldog: Here’s Everything You Want To Know”