You are here: Home / Breeds / Why is the Pitbull Lab Mix (AKA Labrabull) Such a Great Dog? 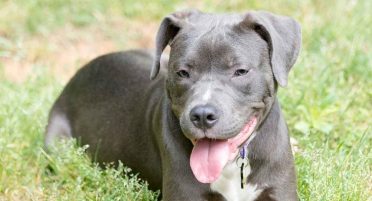 Pitbull Lab Mix is a cross of a Labrador Retriever and a Pitbull Terrier, also known as Labrabull, or Lab Pit Mix. Its a medium to large dog at about 17 to 25 inches tall, weighing between 45 to 90 pounds. The Pitbull Lab Mix Lifespan is around 10 to 14 years.

This crossbreed is one of the friendliest, most loyal dog breeds I can think of. Not only are these dogs full of energy and life, but they absolutely love to be around people – especially children! If you are considering getting a new dog, I would highly recommend this breed.

But what makes the pitbull lab mix such a great dog?

Pitbull lab mixes are some of the most friendly and devoted dogs you will ever come across and they are great with children. This breed is also known for its goofy personality and its gentle demeanor.

Keep reading to learn more about this crossbreed. 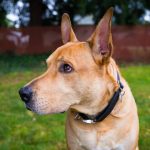 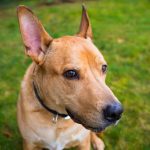 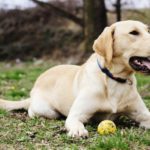 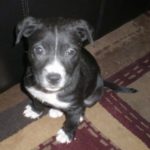 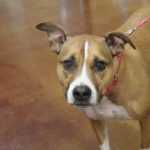 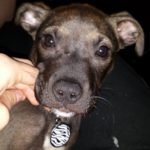 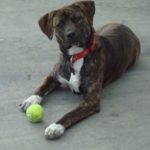 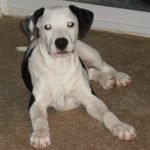 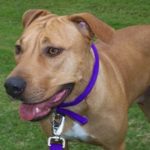 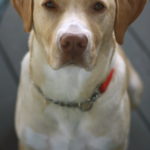 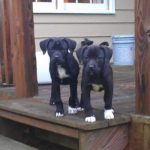 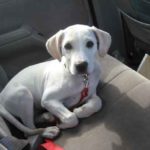 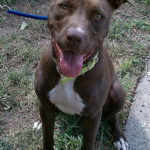 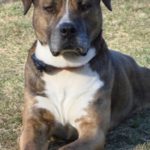 What is a Pitbull Lab Mix?

The pitbull lab mix is known by several different names including the Labrabull and the Pitador.

This breed is a cross between a Labrador Retriever and an American Pitbull Terrier (more commonly known as a Pitbull).

A Labrador pitbull mix will exhibit a combination of the physical traits and characteristics exhibited by the parent breeds. Most of these mixed breed dogs have short coats that shed moderately – the texture of the coat may be a little harsh.

In terms of size, as we mentioned above these dogs range from as small as 17 inches (43 cm) to as tall as 25 inches (63.5 cm) and they may weigh anywhere from 30 (13 kg) to 80 pounds (36 kg). The Lab Pitbull Mix will have a strong, confident look with good muscles and excellent agility. The strength and muscles are inherited from the pitbull while the agility comes from the Labrador retriever.

Labrador retrievers come in black as well as various shades of yellow and brown and the American Pitbull Terrier comes in a wide range of colors. Mixed puppies from these two breeds, then, exhibit a variety of colors including the following:

Certain coat colors from either parent breed overlap such as brown, yellow, and black. This means that these colors are more likely to appear in the Lab Pit Mix, though this breed can really show any combination of the colors seen in either parent breed.

This video features a young Labrador Pitbull Mix named Rocky enjoying a warm summer afternoon in the pool. Rocky has a beautiful black coat and a friendly, fun-loving personality characteristic of the breed.

What Kind of Temperament do Pitbull Lab Mixes Have?

The temperament of this crossbreed dog will be some combination of the character traits that you see in the American Pitbull Terrier and the Labrador Retriever.

Labrador Retrievers (or Labs) tend to be very energetic, friendly, and playful – they also tend to be a little bit goofy now and again. Labs are smart and mischievous – they have been known to escape from fenced yards with ease.

The American Pitbull Terrier sometimes has a bad reputation for being aggressive or mean, but that is not the case at all. According to the UK Kennel Club, these dogs are one of the gentlest breeds on the planet and, while they may be a little protective, they will never hurt you or your family. Pitbulls have big, open hearts and they make excellent companion pets.

This unique breed will inherit some combination of these character traits. For the most part, pitbull lab mixes are friendly and affectionate with family, but they can also be a bit of a handful with their high energy level.

The pitbull breed can also be a little dominant at times, so look out for this kind of behavior with your dog. If you allow your dog to become dominant, he may not listen to your commands and could develop aggression toward other dogs. 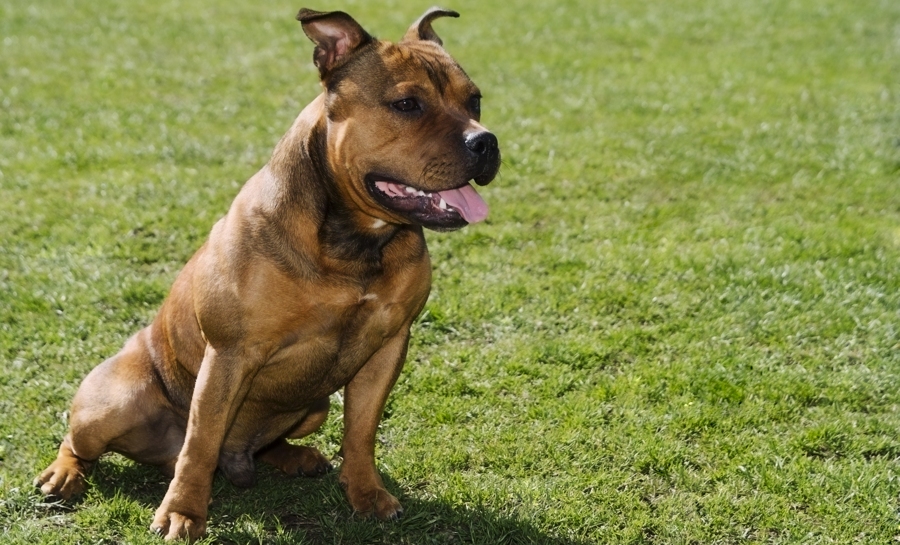 Whether or not your Labrador pitbull mix gets along with children will depend on several factors. Breeding plays a major role in determining a dog’s temperament so, if you want your dog to get along with kids, you should buy a puppy that comes from two parents who both have gentle, loving temperaments.

Early socialization and training is essential for all dogs – especially for a breed like this that has a lot of energy and can sometimes develop dominant tendencies. Socializing your puppy from a young age will help him get along with kids better.

Will a Lab Pitbull Mix Get Along with Other Pets?

In determining whether your mixed breed dog will get along with other pets, you have to think about the two parent breeds. Labrador retrievers, for example, get along with just about anyone – human or animal. These dogs can be a little overzealous with small dogs but they would never intentionally hurt anyone.

The American Pitbull Terrier is a different story. While these dogs are not inherently dangerous, the terrier in them means that they have a strong prey drive – this as an instinct to chase small animals. Raising your pitbull mix from a young age will help him get along with other pets but you should always supervise any interactions between your dog and other pets.

How Easy is it to Train a Pitbull Lab Mix?

Both parent breeds for this crossbreed are known for their intelligence, so the Lab Pit Mix is a smart dog as well. The smarter the dog, the easier it is to train him, as long as you go about the training in the right way.

Dogs get bored with repetition sometimes so you need to keep your training sessions short and sweet. You also need to be consistent with the commands you use so your dog doesn’t get confused.

Is the Pitbull Lab Mix a Healthy Breed? 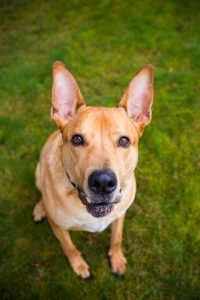 There are conflicting opinions out there regarding the health of mixed breed dogs compared to purebreds. Some experts believe in hybrid vigor – the idea that mixed breed dogs are inherently healthier than purebred dogs because they have a lower risk for inherited health problems.

However, if you breed two dogs that have a genetic predisposition for the same disease, the chances that the puppies will inherit that condition is much higher.

When it comes to the pitbull labrador mix and its health, you have to consider the health of the two parent breeds. Labrador Retrievers live for 10 to 13 years and they are prone to certain diseases like:

The American Pitbull Terrier lives 10 to 15 years and is prone to some of the same problems including allergies and hip dysplasia.

As a mix of these two breeds, the Pitbull Labrador Mix could have a higher risk for musculoskeletal issues like hip dysplasia as well as allergies.

Overall, however, this mixed breed is fairly healthy and can be expected to live an average of 10 to 14 years.

Every dog is unique in his own way, but the Pitbull Lab Mix is one of the friendliest and gentlest dog breeds out there – that’s why it’s one of my favorites.

If you are looking for a loyal friend and companion – someone who will always be happy to be by your side- I encourage you to consider this mixed breed. All your dog needs is your time and your affection and, in return, he will love you with all of his heart.

If you want to learn more about the Pitbull Lab Mix, or if you want to share your experience with the breed, feel free to submit a comment below!