It’s sorry to see that myths about dogs are still so common among animal lovers. Rottweilers are dogs with a bad reputation, but most of what people think they know about them is partially, or completely, false.

In this article I give you 10 of the most common misconceptions about Rottweilers, and what the truth is behind them. 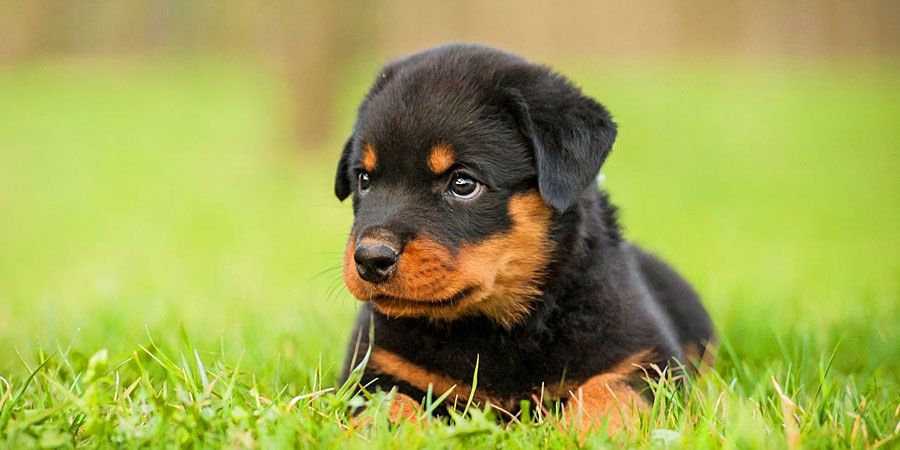 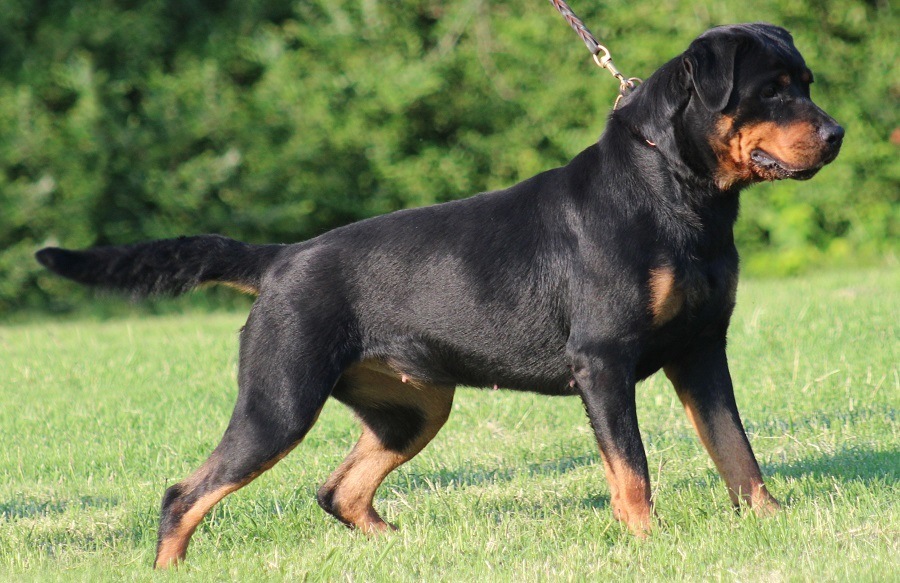 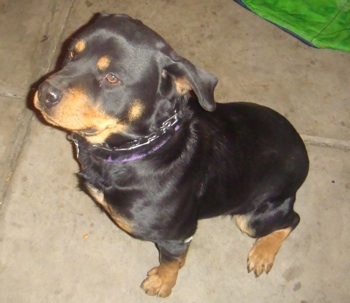 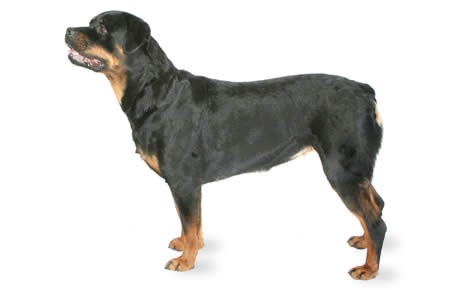 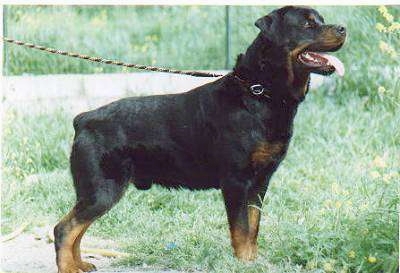 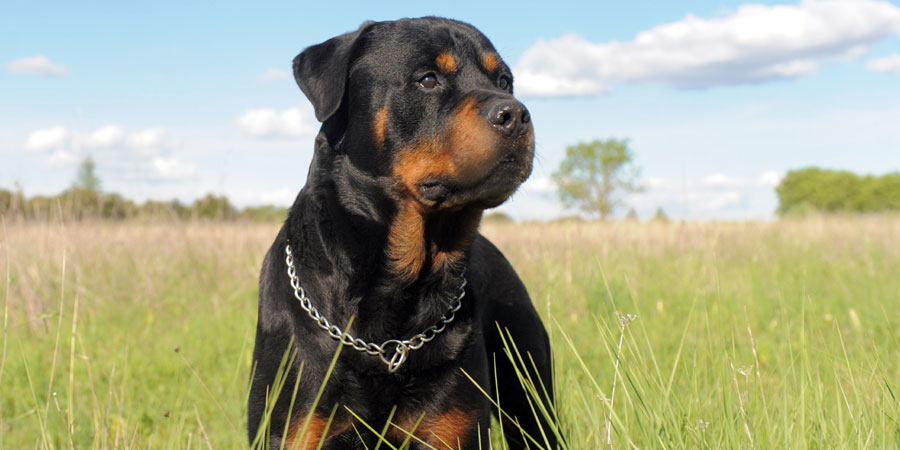 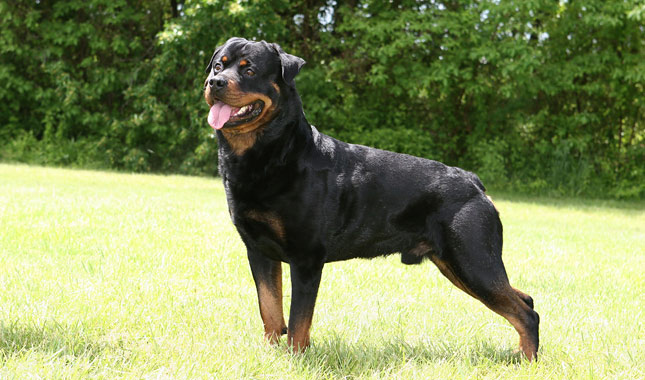 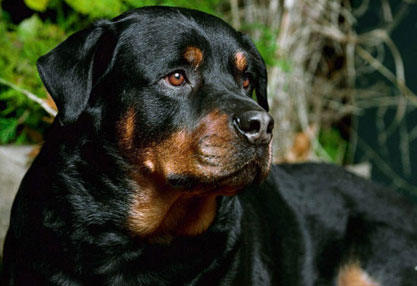 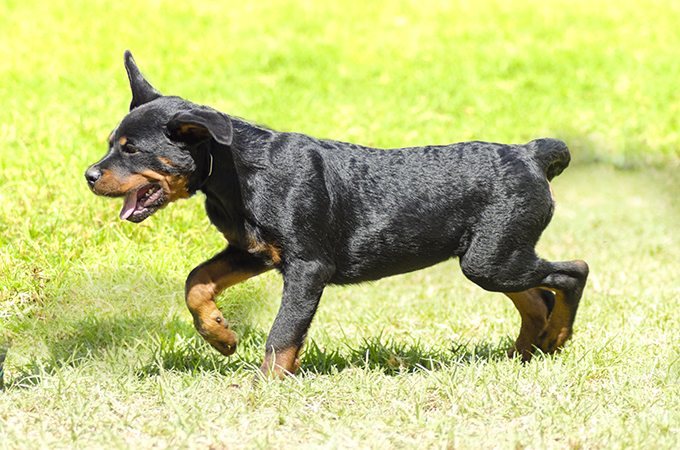 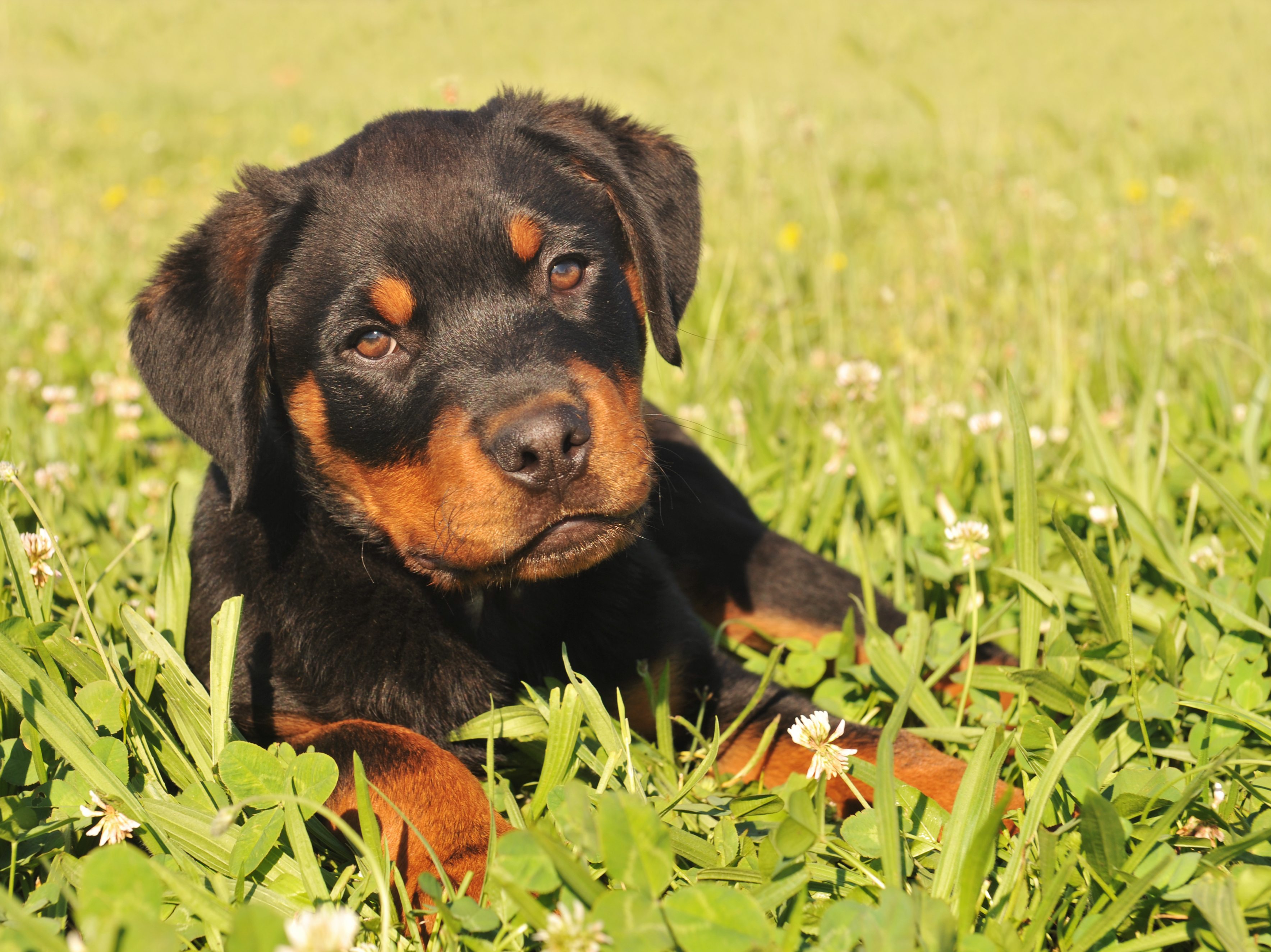 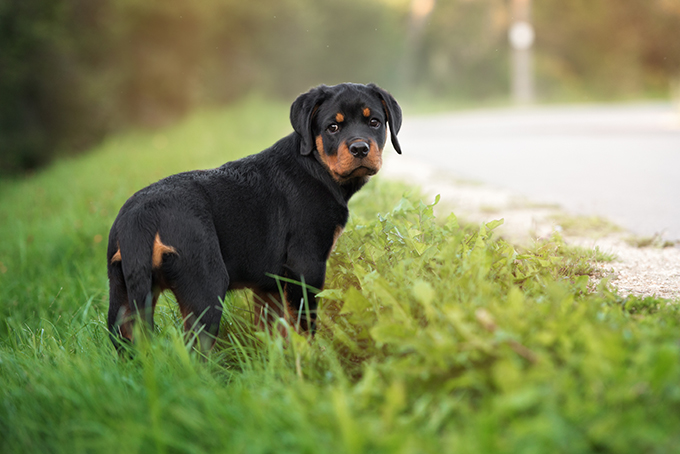 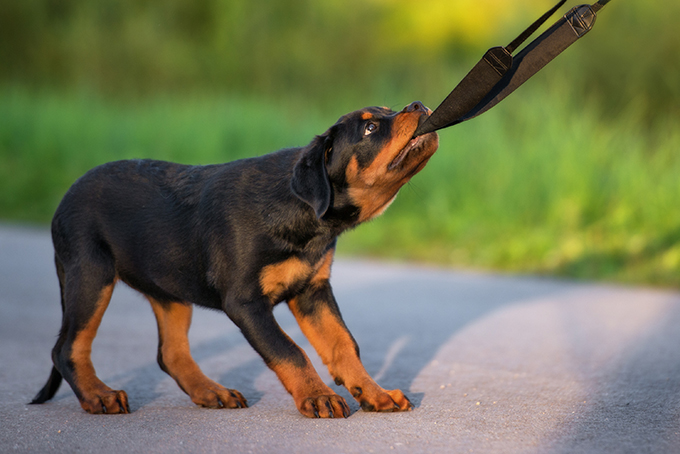 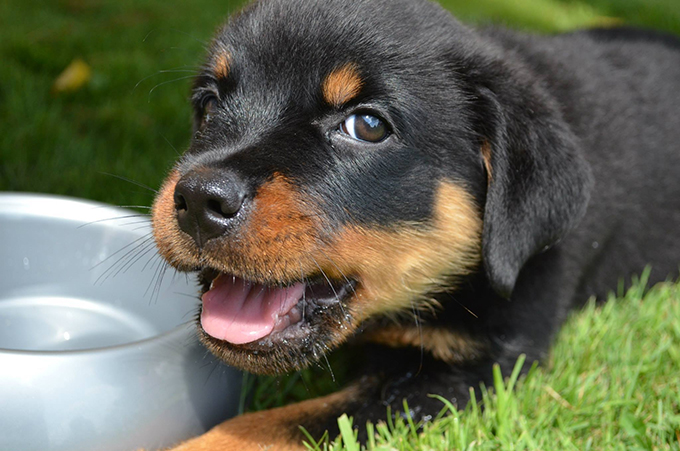 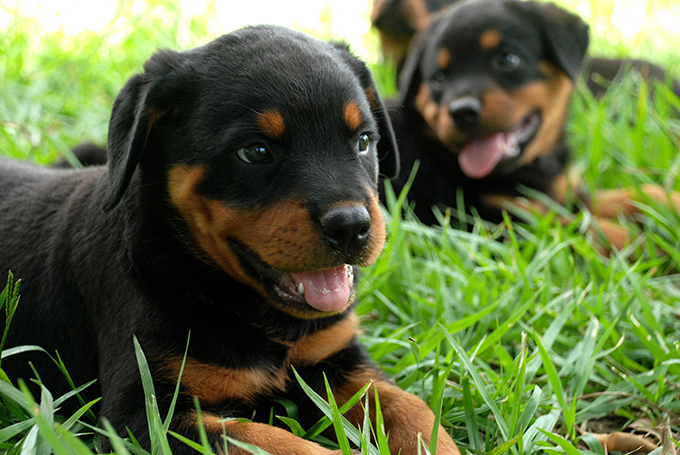 Rottweilers are medium-large dogs, with massive and powerful bodies. Not all owners understand the nature of these strong dogs, so sometimes they encourage irresponsible breeding practices and inappropriate training. As a consequence, some Rottweilers can be aggressive.

2. You can’t train a Rottweiler

With a history going back 2000 years ago, Rottweilers have been working dogs, first used as cattle dogs, then for bear hunting and for pulling small carts. Today, they work as service dogs, and in some countries are trained to participate in military and Police actions.

They’re intelligent and obedient dogs that respond well to training. Besides housebreaking, if you introduce obedience training at an early age, you’ll have a great family dog always ready to follow orders and respect rules. In more than 87% of the cases, attacks happen because the child wasn’t supervised. Kids don’t know how to behave with animals, so leaving them alone with a large and muscular dog is never a good idea, no matter the breed.

All dogs can attack small kids, from American Pit Bull Terriers to German Shepherds, to Chihuahuas. But as some dog breeds have bad reputations, the news about a Rottweiler attacking a child spreads faster. Rottweilers are not dangerous to children, as long as you explain to your kids how to treat animals. The truth is these dogs are loving and protective, and make excellent guard dogs.

4. They have unpredictable temperaments

This one is partially true, because a dog’s temperament is often determined by her parents. Generally, these dogs should be trainable and loyal to their families, if the breeder uses dogs with good temperaments for having new puppies.

As Rottweilers are a dominant breed, who take guarding seriously, early socialization is a must. A Rottweiler that knows how to behave around foreign animals or humans rarely does unpredictable things.

5. Rottweilers can’t live with other animals

This is false. Any Rottweiler can be trained to share a home, even with cats or other dogs. However, you should consider some things before bringing a cat home to your adult dog of any breed:

As much as I would like it to be true, this is another piece of false information. Rottweilers have a double-coat and shed mostly in spring and autumn, however dog hair is going to be a constant presence in your home all year round.

You can reduce the amount of hair by grooming your dog once or twice a week, using a brush. Start brushing from the head and go towards the tail, always in the direction in which the hair grows.

7. These dogs turn on their owners

Rottweilers’ loyalty makes them the 9th most popular breed in the US, according to the American Kennel Club. There’s no reason to believe they would attack their owners. In fact, they’re extremely protective of their families.

However, any dog will attack when someone’s hitting or hurting her, so never use physical punishment on your dog for training purposes. A Rottweiler that’s afraid of her owner develops behavioral issues, including aggression. Positive reinforcement is the best method to train your dog.

These dogs have been bred for farm work, but this is no longer valid today, when we adopt dogs to enjoy their loyal company. Thanks to their thick coat, Rottweilers can handle quite low temperatures, but this doesn’t mean they should be abandoned outside, especially not during cold winter nights.

These dogs love to be around humans. Isolating your Rottweiler will only cause her separation anxiety, depression, and destructive behavior. Allow your dog to run freely in the yard, take her for long walks and make sure she gets plenty of exercise. But, at the end of these activities, bring your dog inside where she can spend time with her family.

9. It’s illegal to own a Rottweiler

Most countries in the world allow you to own a Rottweiler, but you’ll have to deal with restrictions and specific law. In some cities across the US Rottweilers are banned, while some States have rigid regulations regarding breeding or owning such dogs.

Breeders are the ones who can give you accurate information about all existing laws in your area. You can find a reputable breeder by checking:

10. A Rottweiler must have her tail docked

Rottweilers’ tails have been docked since the 19th century, when their popularity started to grow in Germany. In the US, this habit gave the standard for the breed, which asks for the tail to be “docked short, close to the body.”

Lately, this practice has been seen as unethical. As in most countries in Europe, standards have changed and allow their tail in a natural condition, so most probably things will also change in the US and the UK.

Each dog is different, so no Rottweiler should be judged by what another dog has done or by what people think. Most of these dogs are not aggressive and no Rottweiler is going to attack you just like that. In fact, they can be trained to obey and can even be used as social dogs or in Police work, which makes them nice companions.

What do you think about this breed? Do you have any experience with Rottweilers or would you like to get such a dog? Let us know in a comment below.

9 replies on “Top 10 Misconceptions about Rottweilers”