You are here: Home / Breeds / These 29 Amazing Mixed Dog Breeds Will Make You LOVE Mutts (BUT #5 Will Freak You Out)

I love watching purebred pups strut their stuff at dog shows, but when it comes to picking a pet, I don’t care about pedigrees. I know from experience that mutts make some of the best family pets, so I picked 29 of my favorites to share!

This list of mutts shows that they’re just as smart, sweet, and doggone cute as purebreds. Be careful! They’re enough to steal your heart. They certainly took mine! Aluskies have beautiful, wolf-like markings, and they love to be kept busy. You can train them for all kinds of activities like tracking and rescue work. Hmm… I wonder if I could teach one to carry in my groceries. Hold the salsa! The teeny taco terrier, or “Chitoxy,” is feisty enough, but you’ll have no trouble training these smart pups. They love to learn new tricks and commands. Depending on its parents, a Chiweenie can be long- or short-haired. If you love to run or walk, a Chiweenie makes a great partner because they’re so active. Some people are scared of pitbulls, but I think if they met a few of these sweet, goofy-looking mutts, they’d change their minds! Pitskies have the greatest facial expressions. Pugapoos, whether tiny or mid-sized, have a poodle’s swagger and are pretty sure they’re the center of the universe. You, know, when you’re that cute, I think they might be right a lot of the time. 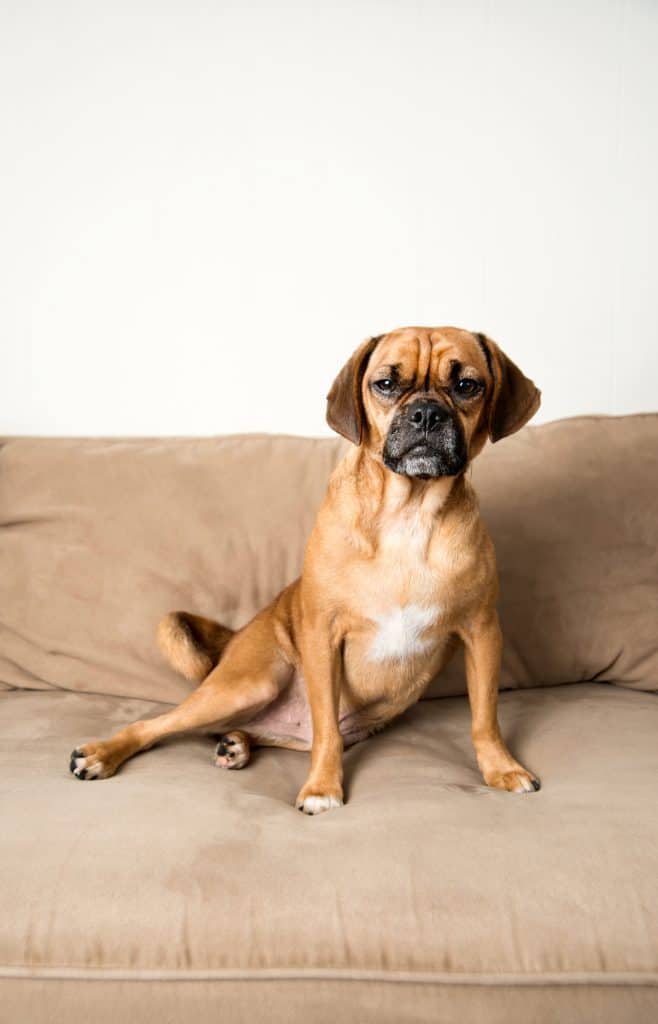 What a cutie! These guys look a little like mastiff puppies that never grow up, and they’ve got that puppy attitude to go with it. Make sure you’re consistent when training your Puggle so that stubborn streak doesn’t cause problems. I like that these mutts, also called “dobeagles,” don’t just look like miniature pinschers. The beagle coloring makes them much more unique! So fluffy! If you opt for one of these adorable mutts, be prepared for lots of brushing since both Pomsky’s parents have thick coats. They’re smart, devoted, and make great guard dogs. Just… don’t tell them they’re tiny. They haven’t noticed yet.

#9 The… Um… What Would You Call It?: Corgi and Dalmatian There may not be a good name for these little mutts, but their cuteness factor is off the charts! Like little Dalmatians, they’ve got spotted coats that Cruella DeVil would love, but they’re the size and shape of corgis! These guys are killer guard dogs… that is if you want intruders to die of cuteness. At heart, shepherd chows are adorable balls of fluff. Imagine a big sturdy German shepherd with stubby little Corgi legs. Yep, that’s pretty much what this cross looks like. These guys have a special place in my heart because they love to snack as much as I do! Check out full Corgi German Shepherd Mix review here This is another mutt that looks like a puppy even when grown. With husky coloring and the corgi’s build, they’re loving and energetic. Like most corgi crosses, they’ve got a strong herding instinct and will even try to herd you! 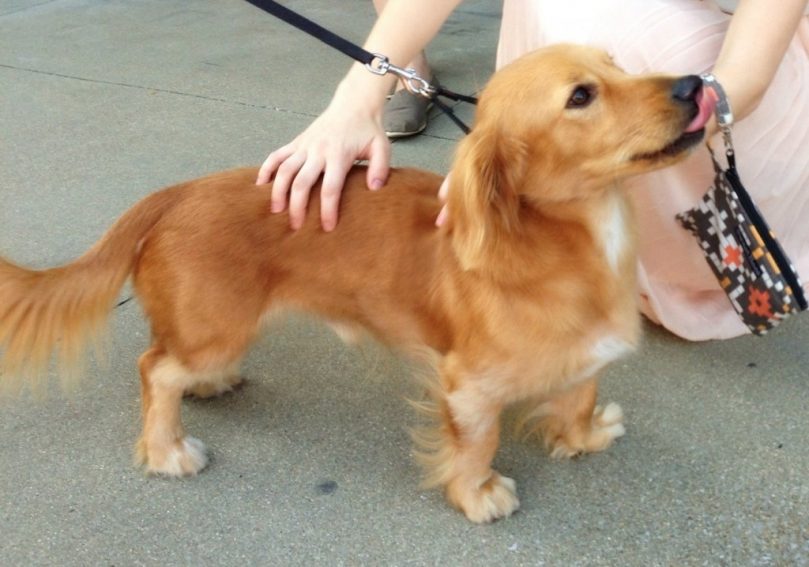 These lovable pups tend to be bigger than dachshunds, but smaller than the average golden. They’re super smart and have a fantastic sense of smell. They’ve even been trained as tracking dogs and to detect drugs. Look at all the wrinkles! Who can resist that big shar-pei nose and wrinkled skin, and those curly cocker spaniel ears? Me, hopefully, or I’m going to have to explain the mysterious appearance of another dog!

Want to see another Shar-Pei crossbreed with these adorable wrinkles? Take a look at the Shar Pei Lab mix. #16 Yet Another Corgi Conundrum: Corgi and Sheltie Cross a corgi and a Shetland sheepdog, and what do you get? I’m not sure, actually, except that it’s adorable. Some have suggested “Pembroke shelties” as a name for these mutts, but Pembrokes aren’t the only corgis. It’s a conundrum.

All the sweetness of a corgi with hardly any of the shedding! Corgipoos are great with kids, rarely bark, and, if you’re into dog agility competitions, these little fellows are smart and quick out on the course. It’s hard to imagine a dog that’s as wrinkly as a shar-pei and as droopy as a basset hound, but that’s what you get with a sharp asset. The name’s great too, don’t you think? A mix of two of my favorite breeds! The color of a labsky typically depends on whether their lab parent was black, chocolate, or yellow.

Though these mutts are independent, they love to be active and play with you. They’re great on the agility course, and do best with room to run. Scoot over, couch pug-tato! Chugs are much livelier dogs, but not as obnoxiously hyperactive as Chihuahuas can be. Tire them out with a good game of fetch, and a chug will be ready to cuddle with you for the rest of the night. With two high-energy parents, it’s no wonder the Jack-a-ranian is a dog that loves to play! Their coats require less work than Pomeranians’, and they’re very smart, so don’t try to pretend you don’t know where the treats are. Another gorgeous fluffball. I just love the combination of golden fur and icy blue husky eyes. Goberians are really friendly mutts and love to play with you, your family, other dogs… just about anything that moves! These teeny terriers are great if you live in an apartment. They seldom bark, and though they love to be active, it’s easy to meet their needs with a daily walk. 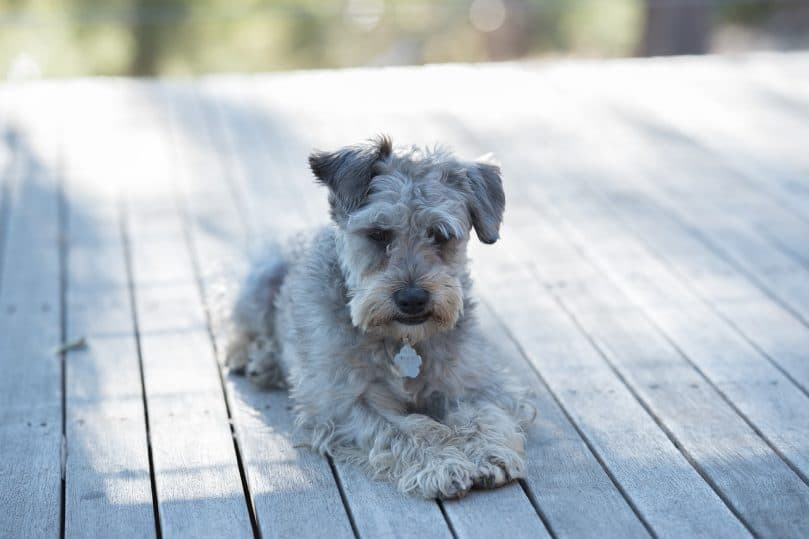 These great companion pups are pretty sure they’re the cutest thing on four legs, and you’ve got to admit they have a point. They love attention, and while they’re always up for a walk or game of fetch, they’re rarely hyperactive. These mutts are like really, really fluffy huskies, so I’d recommend you invest in some serious summer air conditioning. Or, you know, move to Alaska and take up sled dog racing! Sometimes called miniature bulldogs, these little cuties are laid back and independent. They’re great if you have a busy family on the go because they’re not anxious or needy. I can’t believe how beautiful these sweeties are! Because of the variety of colors found in dachshunds, dalmachsunds aren’t limited to just Dalmatian black and white. You can find spotted pups in all kinds of different shades, from chocolate brown to almost golden. 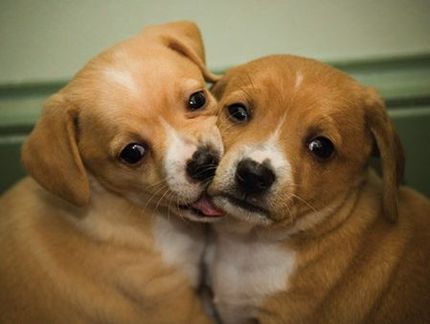 Combine a high-energy Chihuahua and an affectionate beagle, and you get a family friendly pet: the Cheagle! Though they can be a little excitable, they’re also devoted lap dogs that love to play with you.

Okay, I’ll be the first to admit it. I. Love. Mutts. I can never understand why anyone would choose a purebred when there are so many loveable crosses in the shelters. What do you think? Won over yet?

Share with your friends, and if you think of good names for those corgi crosses, let me know in the comments!