How Big is a Full Grown Pomsky? 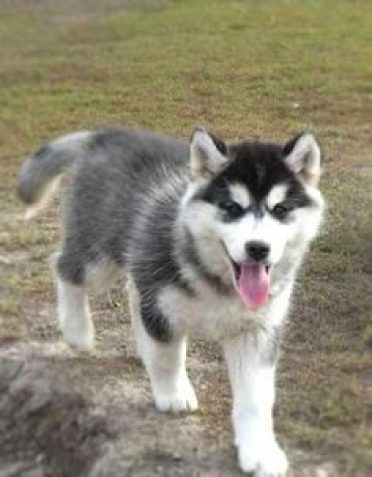 A full grown Pomsky is a medium-sized dog and its size is inherited from its parents and can be between the size of a Siberian Husky and a Pomeranian. The standard length of a fully grown Pomsky is around 13 to 18 inches, weighing between 20 to 30 pounds.

In this article, we’ll take a look at how big your Pomsky will grow to be, so you know what to expect after the puppy stage is long gone.

First, Let’s Consult the Measurements of a Pomsky Adult 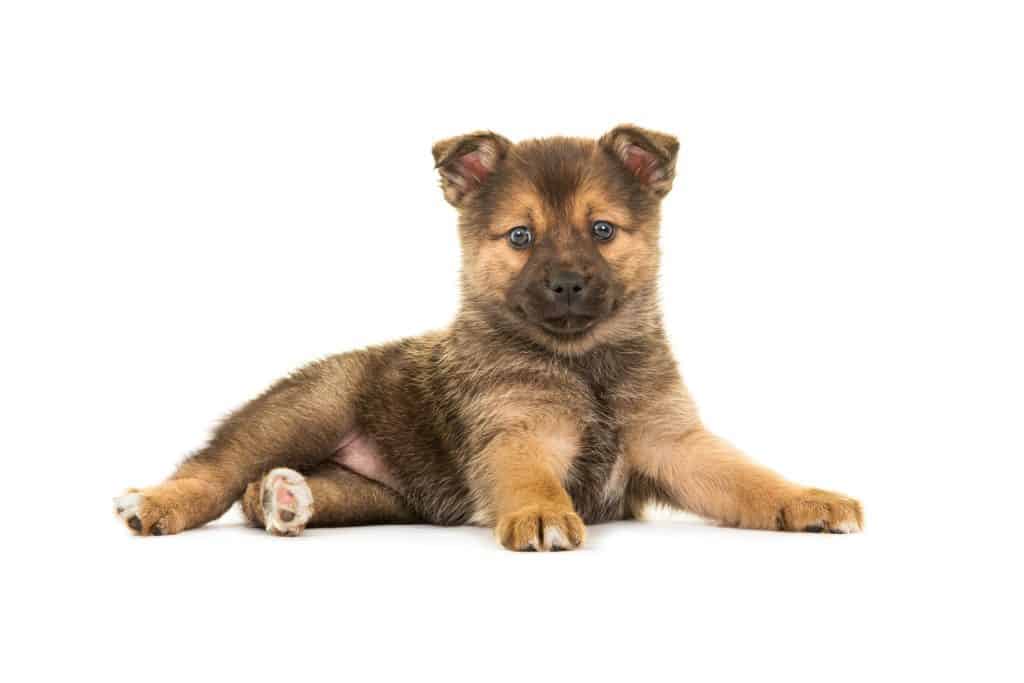 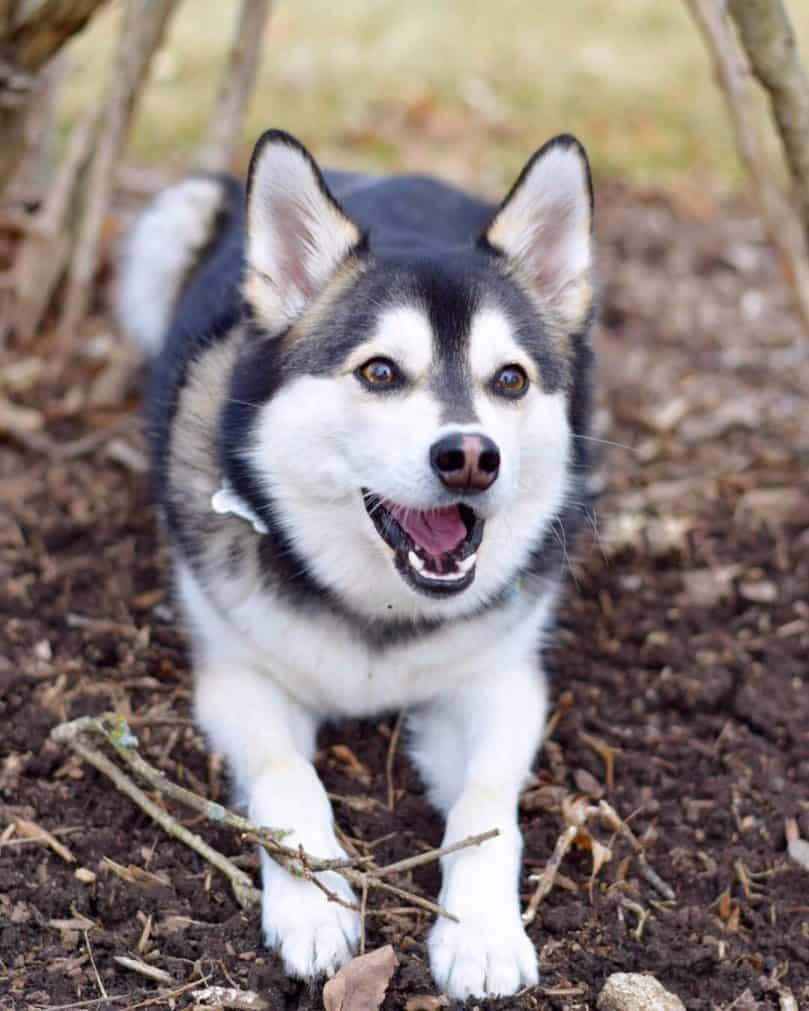 It’s easy to gaze longingly at pictures of Pomskies online and think something along the lines of, “A tiny Husky? I want to carry it in my purse!”

Who doesn’t want a small dog that supposedly grows up and retains its adorable baby looks? But, we’ll make it really clear right now at the beginning of this article: There is no definite standard on how big a Pomsky will grow to be.

Let’s delve into the measurements, shall we?

What Are the Size Differences of a Pomsky?

Ultimately, it comes down to the parents’ genetic makeup to help decipher how large a Pomsky puppy will grow to be as an adult. As a crossbreed, every litter is different, from the size to temperament and colors.

If a larger Pomeranian is bred with a large Husky, it’s safe to say that you won’t be getting a puppy that grows to be a pocket-sized 10 lbs.

If you’re going for small, then it’s best to shop around and chat with various breeders to find a litter with parents that are both on the smaller size for their breed types.

Here’s a bit of background on the Pomeranian and Siberian Husky as you mull over the mysteries of the full-grown Pomsky.

Pint-sized and packed with spunk, this fox-like canine is what ignites the imagination when it comes to the mini size of a Pomsky, to begin with.

It’s the smallest breed of the Spitz family of dogs that includes the Samoyed and Alaskan Malamute. Weighing up to 7 lbs, the Pomeranian is a favorite of those who prefer small dogs. It can grow up to 12 inches tall. 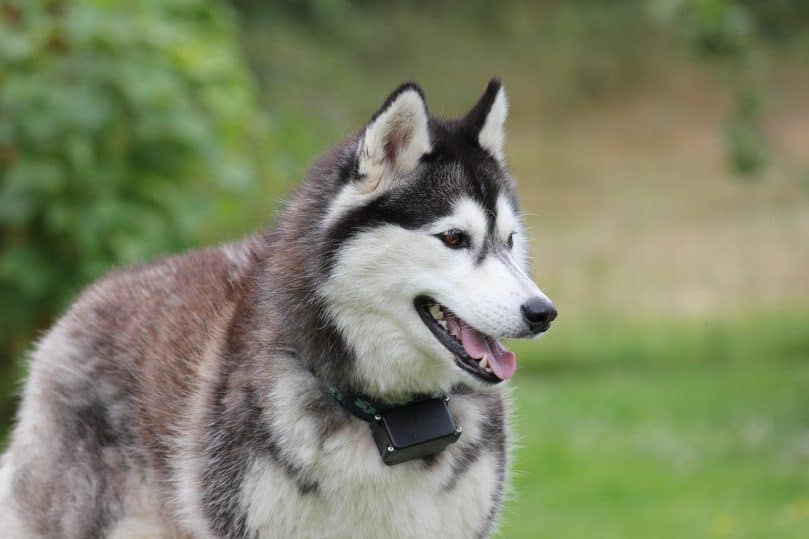 The Siberian Husky is a stunner with its wolfish resemblance, thick coat, and striking, multi-colored eyes. Obviously the larger parent of the two, genes from the Husky play a crucial role in how big a Pomsky will end up growing.

Huskies can grow up to 23 inches tall and weigh up to 60 lbs.

Fact or Myth? What We Can Tell So Far About Pomsky Size

There are plenty of Pomsky resources and pictures of tiny dogs floating around out there that just aren’t truthful. This is a new designer dog, which means there is still a lot for us to learn.

If you are dead set on owning a Pomsky, make sure you know exactly what you’re looking for in a pet dog. You don’t want to set out buying a dog that you think will be perfect for your studio apartment in the city, only to find it grows up to be the same size as a 30 lb Dachshund

For starters, don’t get duped by some of these common Pomsky myths.

Myth No. 1: Pomskies are teacup dogs

False. Pomskies are NOT teacup dogs. When a dog is under 5 lbs, it is considered to be a teacup. So, this already puts the Pomsky out of the running, since it can weigh six times that amount.

Also, the breeding for teacups is not compatible. Teacups are produced by taking the runts from two small-sized dog litters and breeding them together. With the Siberian Husky taking the cake for half of a Pomsky’s gene pool, there’s no way it could be considered a teacup.

Myth No. 2: Pomskies and Mini-Huskies are the same dog

False. Here’s a little history lesson for you that will clear this myth up. In the 1990s, a woman named Bree Normandin sought to produce a smaller version of the Siberian Husky, but with similar temperament and behaviors.

So far, this story sounds similar to the Pomsky, right? Not so fast.

Normandin reproduced the first Miniature Huskies through selective breeding by choosing naturally small-sized standard Huskies as parents. This is the same breeding standard used for Mini-Huskies today and they share the same pedigree as the Siberian Husky.

See any Pomeranian genes mentioned with the Mini-Husky? Nope. Pomskies are NOT Mini-Huskies.

Myth No. 3: Pomskies only inherit the colors of the Siberian Husky

False. If you’re dreaming of a small dog sporting a luscious black and white coat, staring up at you with ice-blue eyes, think again.

The Pomsky has got those Pomeranian genes in there- and don’t forget it!

Just like with their unpredictable size, Pomskies come in all shades of colors and markings. You can find them with coats that are tan, brown, black, white and with mixed colors.

The Truth Behind Buying a Pomsky 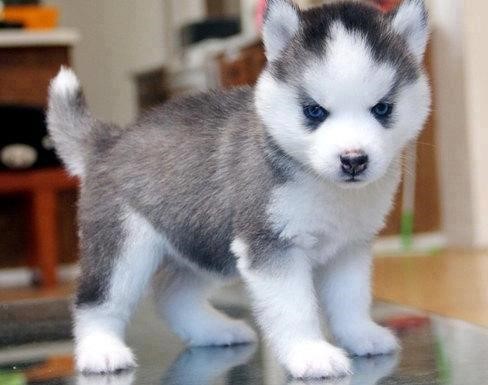 You’ve seen pictures of this stunted-puppy online and are desperate to find one exactly like it. Unfortunately, the Pomsky is not the designer doggie you’re looking for. Many of these pictures feature different breeds or it’s a puppy that’s not fully grown.

When doing your research and talking to breeders, be wary of what they try to sell you. If the size is a major factor for you and they mention anything about Pomsky Teacups or Mini-Huskies, know that this isn’t truthful information.

Some Pomsky breeders want your money and will say what you want to hear with no regard concerning what’s best for you or the puppy.

If you still want a small-sized Pomsky, consider buying an adult instead of a puppy. That way, you can avoid any surprises when it comes to how big she’ll grow, temperament and what her color markings will be.

If you don’t care much about how big your adult Pomsky will end up, then no need to bother- go for the puppy.

Conclusion: You Won’t Know What You’ll Get With a Full grown Pomsky

We just want to make one thing clear: size does not matter! The Pomsky makes a loving family pet, big or small.

It’s just that scammers exist, and they’re out there trying to lure Pomsky lovers in with the promises of a Husky that stays tiny forever.

Crossbreeds come with surprises. With Pomeranian and Siberian Husky parents, this is especially true for Pomskies. Be open-minded, as you never know just how big a Pomsky can get.

What do you think about the size of the Pomsky? Still your dream dog? Let us know in the comments!

This was a part 2 in a 5-part series that details everything you need to know about the Pomsky.

Check out our entire series here: