Are you in search of a new and creative way to bond with your beloved canine? Do you want to take your dog training to a whole new level? Or do you simply love dancing and want to do it with your dog?

You might want to try out canine freestyle or dog dancing. It might turn out to be a new hobby for you and your beloved canine to enjoy.

Musical canine freestyle is also called musical freestyle, freestyle dance,or simply canine freestyle. Whatever name you want to call it, it is a great “tail waggin” sport that showcases an owner’s great relationship with his beloved canine through music and obedience training.

What is canine freestyle?

If I were to describe or define what canine freestyle is, it’s an activity where a dog dances to music with its handler in dog shows. But there’s so much more to Canine Freestyle than dancing with your dog.

Dancing alone is an art and, when you combine dogs and dancing, that’s always going to be a sight to see. Canine freestyle is a way to show the relationship between the owner and his or her four-legged buddy. Dancing together shows great coordination and rhythm between them. It takes teamwork to give a great performance.

The best canine freestyle routines showcase a dog’s intelligence and the way it can pick up subtle commands and follow choreographed moves through music. It’s a display of how well-trained a dog is.

Canine freestyle is a way for you to show your dog’s athleticism and endurance as they perform on two legs and do heelwork.

Dog dancing also allows the owner to showcase artistry in choreography and mix basic obedience training with tricks and dancing.

Here’s a video of a dog enjoying dancing:

When and where did canine freestyle start?

Canine freestyle or dog dancing simultaneously started in Canada and in Europe in the late 1980s. There are several people who claim to have invented canine freestyle, but there’s no actual documentation on who started it.

The first canine freestyle group was called Musical Canine Sports International in 1991 in British Columbia, Canada. Other groups from all over the world soon followed.

The two types of canine freestyle

Musical freestyle is a performance with a variety of tricks and obedience training. The routine can be dramatic like dancing close together or moving away from each other. Jumping, spinning, and jumping on the owner’s arms can be seen in musical freestyle

A freestyle heeling routine focuses on the dog being able to do a variety of tricks while standing on its heels. The dog and the handler stand close to each other during the routine. 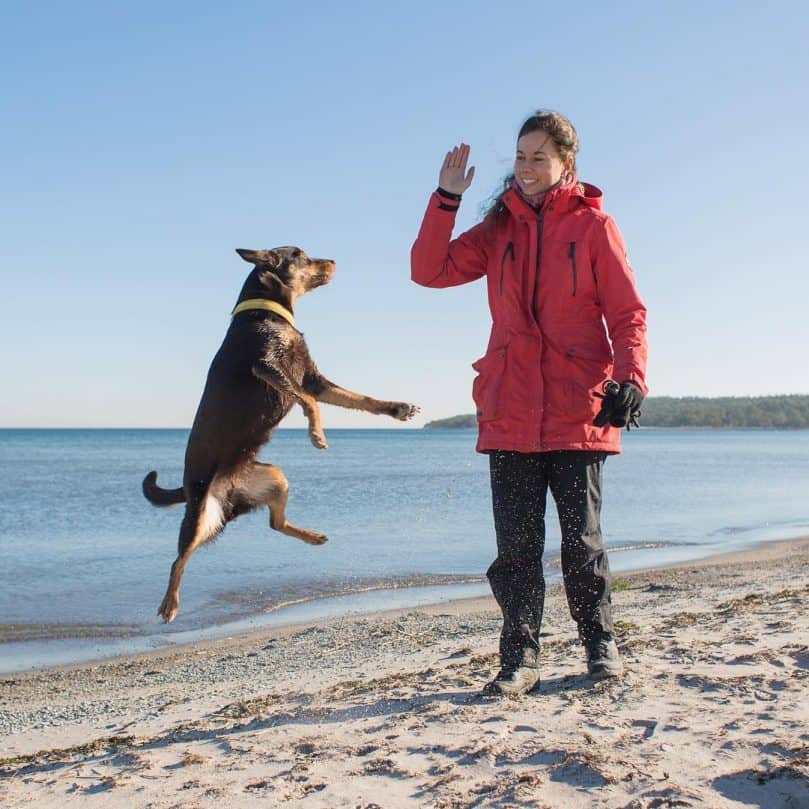 Can all dogs dance?

The ideal dogs for dancing are breeds that are smart and are fast learners because dog dancing relies heavily on the dog’s capacity to follow a trainer’s instructions and choreography and move in time to the music.

It’s also not surprising that canines who love attention do well in this sport. Poodles are particularly suited to canine freestyle, with their love of performing and trainability. Small breeds like Dachshunds and medium breeds like Golden Retrievers commonly participate in canine freestyle competitions as well.

If you did not see your beloved canine on the list, fret not because there are also some other breeds that can dance, such as Newfoundlands, Great Danes, and English Mastiffs.

Even handicapped dogs have been taught to dance for fun, so, yes, with proper training, almost all dogs can dance.

How can I train my dog to dance?

Before training a dog, the pooch needs to have a healthy and athletic body, as dog dancing requires a lot of physical effort. Never begin training when a puppy is less than 14 months old to avoid any injury or impede any development in the canine’s growth. You want to make sure that the dog’s bones and joints are fully developed.

You also need to check with your vet if your pet’s health and the strength of its legs can keep up with the physically demanding nature of canine freestyle dancing.

According to the World Canine Freestyle Organization, there are three steps on how to train your dog to be a superstar in canine freestyle:

This may sound basic, but you have to select something that you and your beloved dog would want to dance to. Maybe you can pick a song that makes your dog happy. Training will be repetitive so it’s important that you and your four-legged pal enjoy your time training together. You can pick just one song for canine freestyle or pick a medley of songs.

Incorporate your dog’s tricks into the choreography.

You have to put together dance moves from the tricks that your dog can do and the music you chose. The best canine freestyle routines include basic obedience training and footwork. 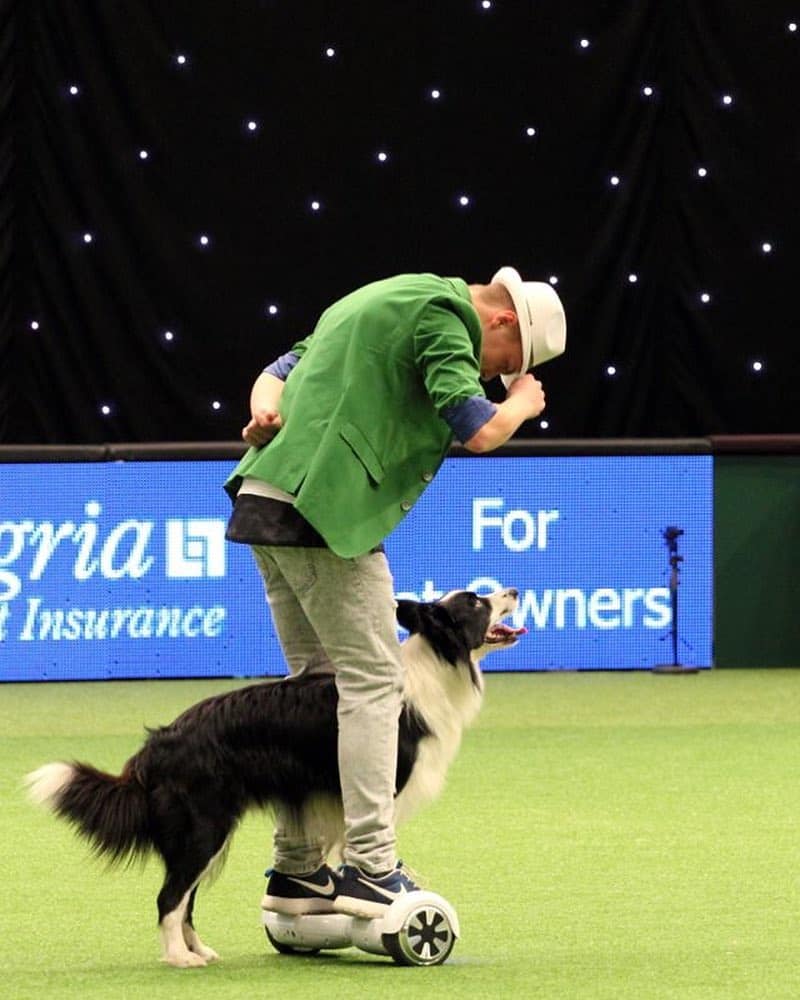 A Border Collie performing with its owner (source)

You would need to pick a costume that is aligned with the overall theme of your performance. The goal of the costume is to represent the performance, not deviate from it.

What are the different canine freestyle competitions?

Here’s a list of Canine Freestyle organizations that regulate dog dancing competitions in different parts of the world.

Every organization has their own set of rules, but all competitions are free from training aides or leashes. Rhythm and artistry need to be on point to score well on competitions.

Is canine freestyle for you and your dog?

Dancing and dogs are some of the best things in the world and having something that combines the two would be just amazing. Whether you and your buddy would join a competition or not, I think Canine Freestyle is a must-try.