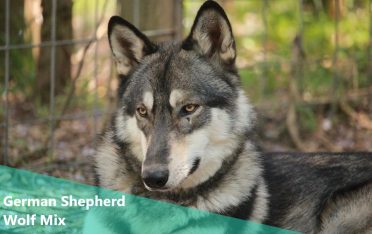 German Shepherd Wolf Mix is a cross of German Shepherd and a Wolf, also known as Wolf-Shepherd or Wolf-dog. The first hybrid of a Wolf and German Shepherd was performed by Leendert Saarloos in 1932, some studies prove that they existed in Teotihuacan many years ago. Wolf dogs lifespan is 12 to 14 years.

This might seem like a dream dog combo come true, but what is the story behind this legendary wolf dog? Here’s everything you need to know.

What is a German Shepherd Wolf Mix? 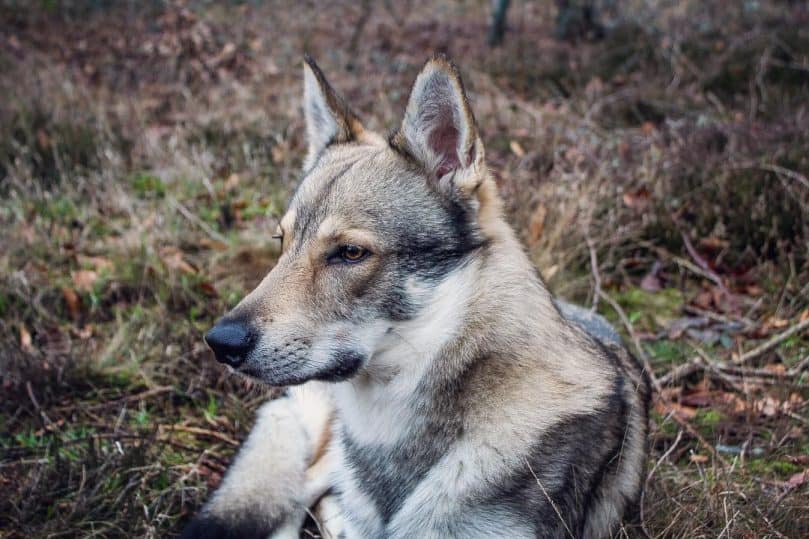 The Wolfshepherd is produced when a German Shepherd and a Wolf breed together.

It’s difficult to understand this mix fully without first looking at the parents’ background because it is impossible to predict how a hybrid will look or act as it matures. No two Wolfdogs are the same! 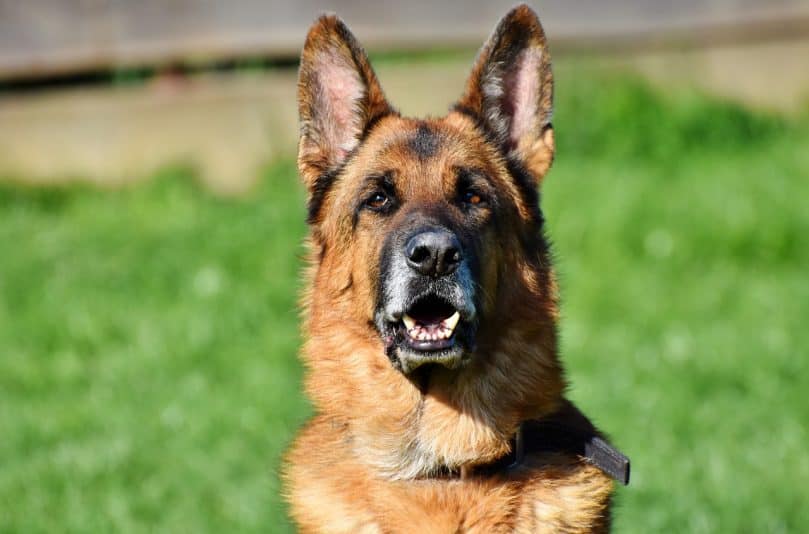 Today, the German Shepherd is regarded as one of the most popular family and working dogs. Highly intelligent, fiercely loyal, and easy to train, this dog is widely used for police and military work and as a guard dog.

It does have a reputation for being aggressive towards strangers, as it is protective of its family. This can be tempered with early socialization and training.

Wolf-like in appearance with a long snout and pointed ears, the German Shepherd is large with a medium to long, thick coat. The traditional GSD is tan and black in coloring or can be solid white or black.

Because of its popularity as a family dog, several mixes have arisen with the German Shepherd as a parent. Here are some other well-known crossbreeds:

Wolf: straight from the wilderness 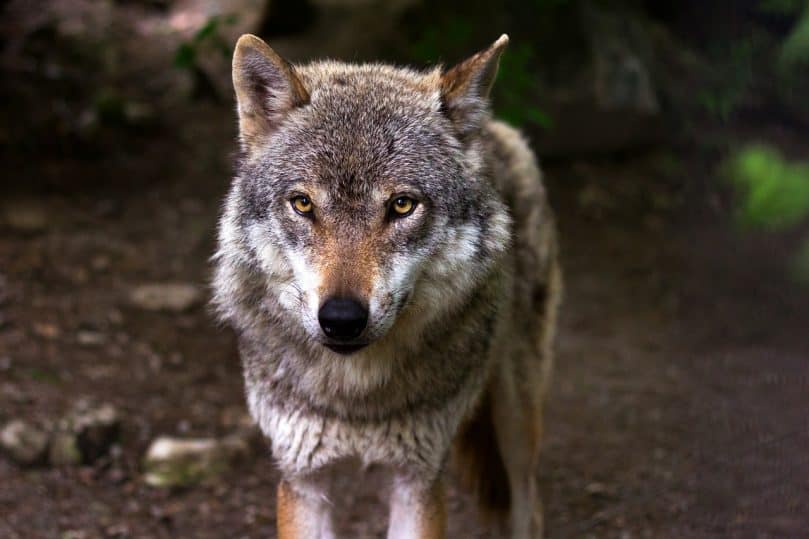 This is a wild animal. That means that domestication is not natural for the Wolf and does not come easily. It also means that you cannot expect a dog with wolf genes to be predictable.

Wolves are predatory creatures with strong hunting instincts. Other animals, especially smaller critters, are seen as food, not friends. As well, wolves are shy around humans.

There are two different Wolf species that have been bred with a German Shepherd. 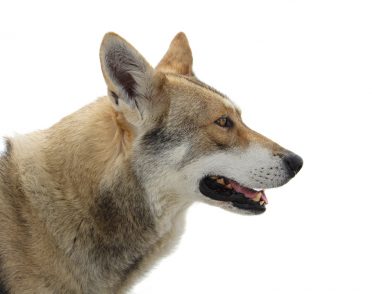 This is a German Shepherd Timberwolf mix. It was created in 1935 by Leendert Saarloos from the Netherlands. Saarloos sought a new hybrid with more “natural” traits to shape a hardy working dog.

The result was not what he expected. Instead, the Saarloos Wulfhund is cautious, reserved and lacking in ferocity. Despite its unfavorable characteristics as a working dog, the hybrid thrived as a wolf like companion dog.

This mix was created in 1955 in Czechoslovakia when a German Shepherd was bred with a Carpathian Wolf.

The idea was to produce a mix with the intelligence, trainability, and pack mentality of the German Shepherd as well as the physical prowess and stamina of the Wolf.

This Wolfdog was bred to be used as an attack dog for the special military forces as well as rescue, tracking, herding, and hunting.

In 1982, it was recognized as a national breed in Czechoslavakia and later by the FCI in 1989.

The Czechoslovakian Wolf Dog can reach a height of 26 in (65 cm) and weigh up to 57 lbs (26 kg). Its coat is short, straight, and thick coming in yellow-gray and silver-gray.

Unlike the shy Saarlos, the Czechoslovakian Wolfdog is confident and assertive. It is also playful, temperamental, and highly protective of its family.

It can be aggressive towards other dogs and pets. Early socialization is highly recommended to soften up a dominant nature.

Other popular half Wolf half Dog Mixes

The German Shepherd isn’t the only domesticated dog that has been bred with a wolf. Check out these other wolf mixes and these dogs that look like wolves.

What does a German Shepherd Wolf Hybrid look like?

The German Shepherd resembles a wolf in appearance, to begin with, so you can count on the hybrid to be large, with a long face, thick coat and pointed ears.

The coat of the Wolfshepherd can be gray, sable, white, black, or a mixture of these colors. It will most likely inherit the thick fur that is standard for both parents and is known to shed heavily.

You can take a closer look at this Wolfdog mix in the video.

Is a Wolf Shepherd dangerous?

When adding the genes of a wild animal to the pool, it’s imperative to understand that this results in a crossbreed that is highly unpredictable.

The German Shepherd Wolf mix’s behavior is characterized by shy and skittish traits. If a Wolfdog is uncomfortable, it can attack out of defense. This has earned them a reputation for being dangerous and they are banned in several US states.

Wolves build dens and roam frequently. They also have a strong pack and predatory instincts.

These traits translate into destructive behavior for the Wolfdog, such as digging holes in the garden and chewing up wooden furniture. They also may urinate more frequently than other dog breeds to mark their territory.

I’ll go ahead and say right off the bat that this hybrid is not recommended for first-time dog owners. It takes one who is passionate and willing to devote time and energy to a German Shepherd Wolf dog.

Because of its unpredictable nature, it is advised that this crossbreed should not be left alone around other pets and especially children.

Black German Shepherd Wolf mixes in particular, are known for being less tolerant towards children. They have been known to react by biting and shaking. This is a natural response of the Black GSD when correcting puppy behavior.

It’s not all bad though. With rigorous training, a Wolfdog makes a protective and loyal companion. They are strong, intelligent, playful, and affectionate towards family. 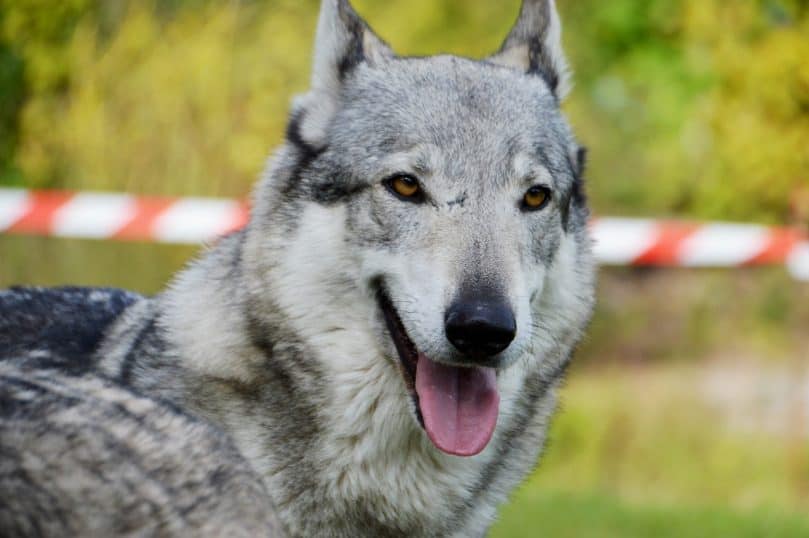 As we mentioned above the life expectancy of a German Shepherd Wolf Mix is up to 14 or even 15. However, the German Shepherd breed is vulnerable to serious genetic diseases that can get passed down to this particular Wolfdog hybrid.

Since the Wolfshepherd is prone to hip and elbow dysplasia, it is important to keep her on a strict feeding regime to avoid obesity.

Aim for 2 to 3 cups of meat-based dog food divided between meals each day. Remember that every dog has different health needs. If you’re not sure how to feed your Wolfdog, consult a veterinarian for advice.

A house with a large fenced-in yard is the most suitable environment for this crossbreed. They need room to stretch their legs and roam.

If you live in an apartment, you might want to consider a smaller dog breed or perhaps a dog that resembles a wolf. Not only is an apartment too small a space, but this mix prefers to spend time outdoors, like its Wolf parent.

Keep a few toys on hand to help burn your dog’s energy. Playing fetch with a ball or tugging games can help get that chewing habit under control.

Can you train a Wolf Shepherd?

Training is 100% essential if you decide to own a German Shepherd Wolf hybrid. This is the only way to lessen the inclination towards aloofness, fear, and an unpredictable temperament.

Training needs to start at the puppy stage to be effective. Be prepared, because Wolfdogs are not easy to train and require time, patience, and consistency.

Dominance is one of the main German Shepherd Wolf mix characteristics that you will have to focus on. As the owner, you must be confident and assert that you are the leader of the pack.

If attention wanes during a game or your Wolfdog decides to ignore commands, stay positive yet firm and above all – do not let them dominate you.

Socialization is key to helping a Wolfdog accept other pets in the household. Walks around the park can help, but always keep your pup on a leash. Supervise them when other dogs are present.

Where can I buy a German Shepherd Wolf Mix? 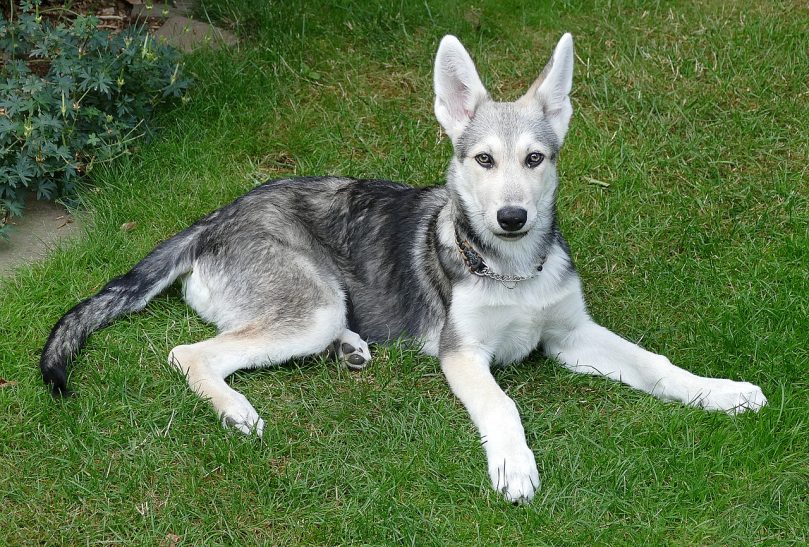 If this is the wild canine of your dreams (and you fully understand the level of responsibility that comes with owning a Wolfdog), then expect to pay up to $800 for a German Shepherd Wolf mix puppy.

When searching for reputable German Shepherd Wolf mix breeders, look for someone that is open to you visiting and will provide health clearances. They should be able to answer questions about the parents, especially regarding medical history.

Sadly, people purchase Wolfdogs because of looks, underestimating the level of maintenance required. This results in a high number of them being left at rescue shelters.

Here are 3 Wolfdog rescues where you can look for a German Shepherd Wolf mix along with other Wolfdogs.

Is the German Shepherd Wolf Hybrid for you?

Without a doubt, this is a beautiful mix to behold. Still, this is not a recommended crossbreed for a first-time dog owner.

The Wolfshepherd can be nervous, dominant, and predatory. They should not be left alone around other pets and children.

Stringent training and socialization is required to help lessen anxiety around strangers and stop dominant behavior.

If properly trained, the German Shepherd Wolf mix can be a wonderful companion dog that is protective and loyal. They are highly intelligent and love to be active.

What do you think about the German Shepherd Wolf Mix? Tell us in the comments.